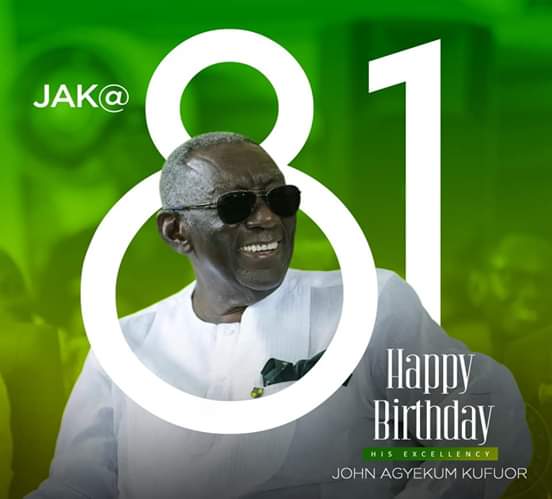 Social media is set alight with birthday wishes as many well wishes recount fond memories of the former Chairman of the African Union — he turns 81 today.

In a Facebook post, President Akufo-Addo stated, “Happy 81st to that outstanding statesman, the 2nd President of the 4th Republic, His Excellency John Agyekum Kufuor.”

Former President Kufuor was the 2nd President of the 4th Republic and served for two terms.

While in office, he appointed Akufo-Addo, who served as Minister of Foreign Affairs and Minister of Justice and Attorney General.

See below some of the social media posts by well wishers: