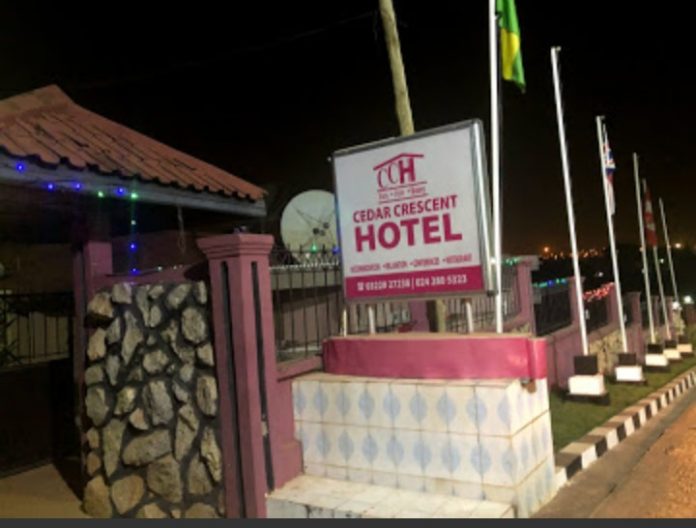 The Ghana Police Service has been detailing how a 46-year-old woman was murdered at a popular hotel in Kumasi, the Ashanti Regional capital.

The victim, Comfort Owusu Afriyie, aka Maame Yaa was pronounced dead after she sustained gunshot wounds at the Cedar Crest Hotel.

She was lodging in one of the hotel rooms with her boyfriend, Edwin Awuku, 42, on January 2, 2020 when the incident occurred at about 1 am local time.

An earlier police report sighted by Dailymailgh suggested that the suspect and the deceased were both attacked in an armed robbery case while in their hotel room on that fateful day.

Preliminary investigations have, however, revealed that the deceased was shot and killed by her boyfriend, police in the Ashanti Region said in a statement on Tuesday, January 7.

Police have, however, denied an incident of armed robbery attack in the hotel as widely reported.

The suspect has been arrested and in custody while a case docket is being forwarded to the Attorney General’s office for advice.

See full statement by the police: