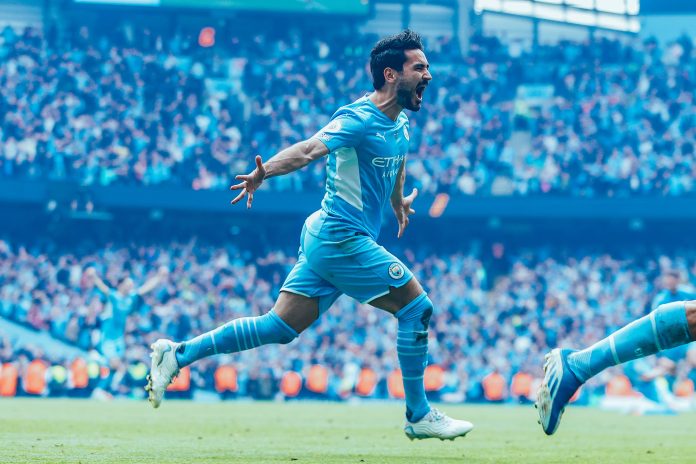 Manchester City came back from two goals down in the second half to beat Aston Villa 3-2 in front of home supporters at the Etihad Stadium to be crowned Premier League 2021-22 champions.

Ilkay Gundogan, manager Pep Guardiola’s first signing for this club, came on as a substitute in the 68th minute and scored two vital goals, including the winner to help City win their fourth league title in five years.

It was heartbreak yet again for Liverpool, as they failed to win the title by a solitary point, eking out a hard-fought 3-1 win over Wolves at home in Anfield on the final day of the season.

City won the title with 93 points from 38 games as Liverpool fell short by one point. So, hopes of domestic treble end for Liverpool but they will be happy with yet another great season where they won the League Cup and FA Cup and gave their best to fight City tooth and nail for the Premier League title.

Jurgen Klopp would now focus on the upcoming Champions League final against Real Madrid on Saturday.