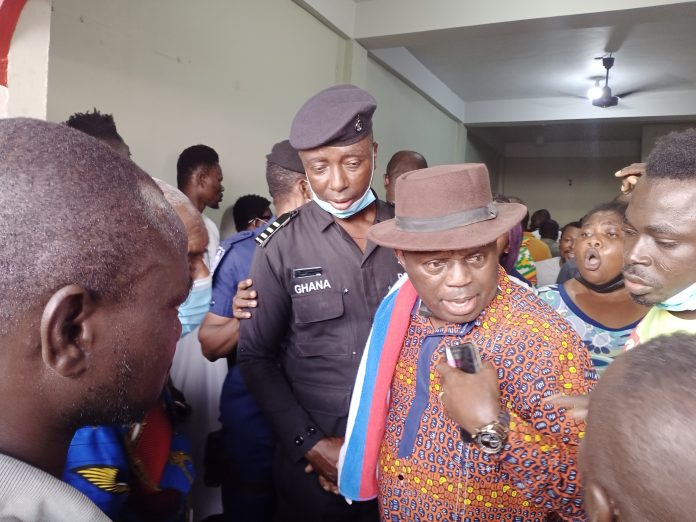 Police have been deployed to the New Patriotic Party (NPP) office in the Manhyia North Constituency in the Ashanti Region, after party members clashed with executives Sunday afternoon.

The chaos erupted after the chairman of the election committee Yaw Geraldo, announced that the nomination forms would be sold to new applicants vying for various positions after first 1,000 of the document served incumbent executives.

But the party members took issue with the pronouncement after it emerged that the document was free-of-charge following the Ashanti Regional Chairman’s decision to purchase 1,000 forms for each Constituency in the region.

The angry party members booed, shooed and chanted “We need forms”; accusing the constituency executives and the Member of Parliament for the area of attempts to hijack the document.

“This is unacceptable. These are deliberate attempts to intimidate us”, an angry member said. How can you pack us here in the midst of COVID-19 putting lives in jeopardy. If they don’t release the forms for us, there would be no peace”.

Another said: “We will fiercely resist this. The MP and the party executives have connived to prevent us from contesting and this is unacceptable. The party hierarchy should intervene or we fight with our flesh and blood”.

The MP was spotted being whisked away by the armed officers as the mob takes over the party office to demand the immediate release of the forms.