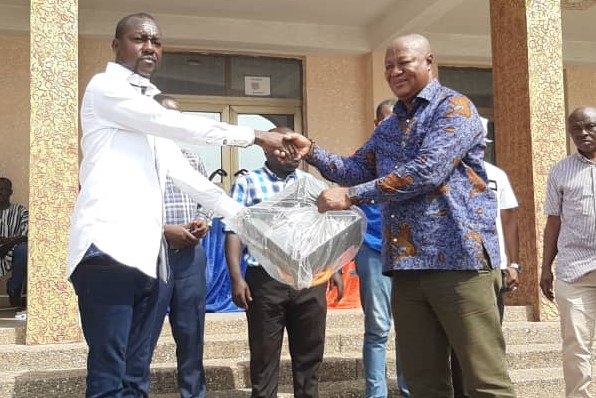 Thousands of households in the Manhyia South Constituency of the Ashanti Region received locally-made gas cookers as part of the government’s campaign to make the environment clean and green.

The initiative is spearheaded by MP for the area who doubles as the country’s Energy Minister.

Metropolitan Chief Executive (MCE) Samuel Pyne delivered the items to the nearly 4000 beneficiaries on behalf of the lawmaker. He indicated that the devices were strictly not for sale adding that they were not given out of party lines.

Mr Pyne indicated that the initiative was part of the government’s commitment to dealing with emerging threats of climate change as a result of the use of firewood and charcoal.

The National Petroleum Authority (NPA) unveiled radio and TV personality Deloris Frimpong Manso aka Delay as the brand’s ambassador of the project dubbed “Wo w) gas”. The initiative is to migrate at least 50 per cent of Ghanaians to use LPG.

Manhyia South Constituency Chairman of the New Patriotic Party (NPP) Richard Adjei Mensah Ofori-Atta commended the MP and the government for the initiative.

“Napo”, we are grateful for your intervention”, Ofori-Atta said adding: “We are solidly behind you to transform Manhyia South”.