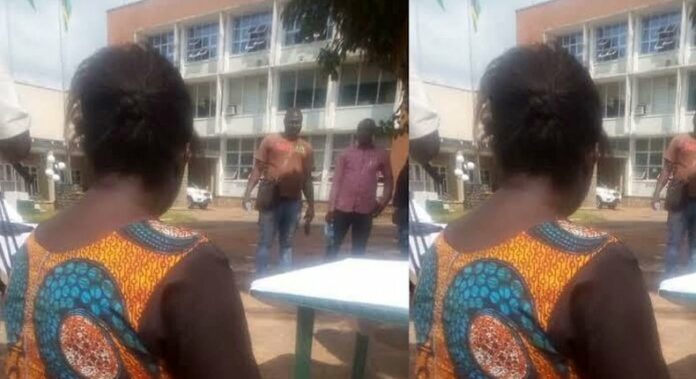 A 27-year-old woman has found herself on the wrong side of the law after stabbing her husband to death for attempting to have sex with her.

According to pulse.ng, the suspect, identified simply as Odunayo, committed the crime, while her husband, Olamilekan Salaideen, 35, was making sexual advances to her at their residence in Oko Oba, Oyo town, Oyo State.

It is reported that the couple just reconciled after being separated for three months when the unfortunate incident occurred.

On Wednesday, November 16, 2022, when the now-deceased attempted to have sexual intercourse with Odunayo by way of welcoming her after the three-month separation, she resisted it.

An argument erupted between the couple which degenerated into a fight. Salaideen took Odunayo’s phone and smashed it on the floor.

Out of anger, Odunayo reached for a sharp object with which she stabbed Salaideen in his chest, leading to profuse bleeding and death.

“Preliminary investigation revealed that the deceased and his wife returned to their home at Oko Oba, Oyo town, on the day of the incident after three months of separation. The deceased made a move to have sexual intercourse with his wife but was rejected.

“This further led to a struggle and the deceased collected his wife’s phone and smashed it on the ground. In retaliation, the wife stabbed the deceased’s chest, leading to his death,” Oyo police spokesperson, SP.

Odunayo is in the custody of the Oyo State Police Command and is expected to face prosecution.