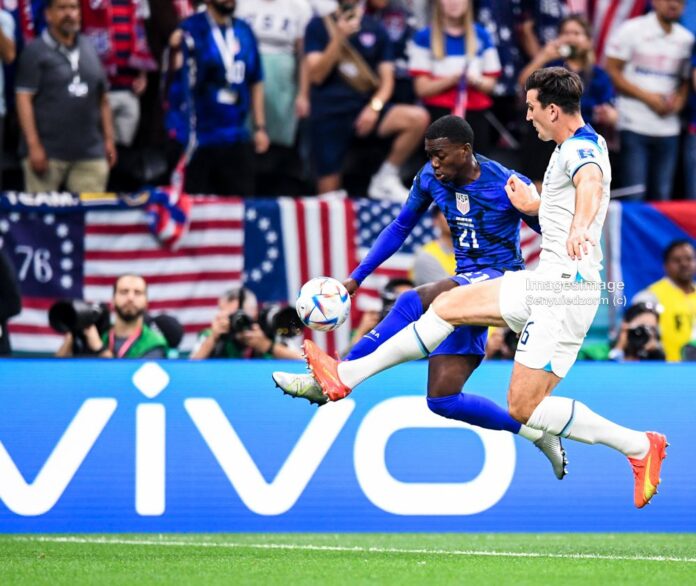 The Three Lions of England were fortunate to pick up a point in their second group game of the 2022 FIFA World Cup tournament in Qatar against the United States of America on Friday evening.

The young and vibrant Americans put forth a mightily impressive performance against world No. 5-ranked team England, but couldn’t manage a goal as the two teams played to a 0-0 draw in World Cup Group B play.

It was a high-quality display from Gregg Berhalter and company, led by the midfield as Weston McKennie and Yunus Musah bossed the match. Christian Pulisic was pulling the strings up front, and rattled the crossbar with a laser in the first half, but couldn’t find a winner.

Gareth Southgate will have questions to ask about his midfield moving forward into their finale against Wales, and there will be discussions about personnel in the attack as well. Harry Kane had a chance to win the match at the death but put his header wide.

The United States now has a clear objective in their final match of the group — win, and you’re in. For England, they need just a point against Wales to move into the knockout stage.

Any of the four teams have got a fair amount of chance to make it to the knockout stages of the ongoing 2022 FIFA World Cup with the USA in need of a victory over Iran whiles a draw will see England through to the round of 16 stages against Wales.

‘The Ones Who Keep Walking’: Johnnie Walker documentary premiered in Kumasi