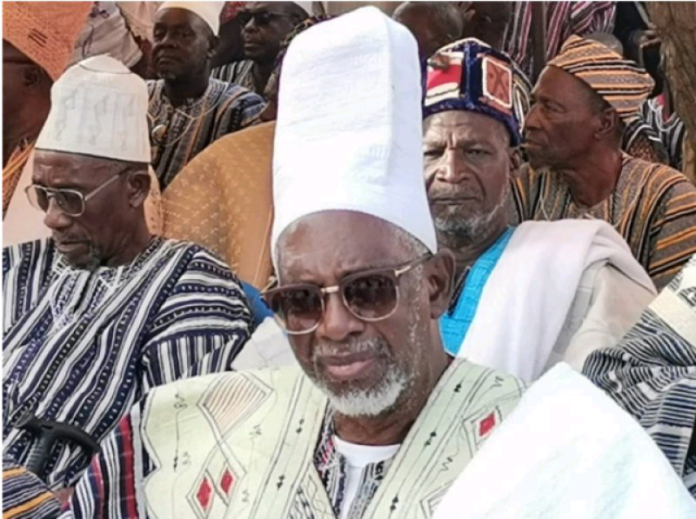 Wa Naa Fuseini Seidu Pelpuo IV, the Overlord of the Wala Traditional Area, has lauded the Military High Command for swiftly sanctioning the soldiers who engaged in the brutality against civilians in Wa over the alleged missing phone.

He said the Chief of Army Staff, Major General Thomas Oppong Peprah, had kept his promise of getting to the bottom of the matter when he visited his Palace a day after the incident.

The Wa Naa has, therefore, appealed to persons affected directly or indirectly by the condemnable act to forgive the Military and take solace from the saying that: “To err is human and to forgive is divine”.

“The leadership of the Military, having realised their men erred, to a very large extent, and having gone ahead to take serious actions against them, is enough testimony of the fact that the High Command does not condone such unruly behaviour from its men and so we need to forgive them,” he said.

The Wa Naa was speaking in an interview with the Ghana News Agency, through his Secretary, Naa Kadri Ibrahim, the Jinpenhi Naa, at the weekend.

“To the extent that the men involved are losing their ranks that took them years to acquire is no mean punishment and we must let bygones be bygones,” he added.

He expressed the hope that the High Command would continue to take steps to ensure no such misconduct occurred in the region in future.

He commended the Ministry of Defence for agreeing to absorb, in full, the medical expenses of all who were injured as a result of the brutality and urged the victims to forgive.

Wa Naa Pelpuo said forgiveness was important because the people would need the military and other security agencies to protect the peace and security, and so should not let the unfortunate act mar the cordial relations that existed between them.

“Terrorism activities in neighbouring countries are a threat to the country and broken relations between the military and the citizens will affect intelligence gathering,” he said.

He urged residents to continue to share very relevant information with the security personnel concerning threats of terrorism from neighbouring Burkina Faso.

On Thursday, July 1, 2020, some soldiers from the Hippo Barracks in Wa stormed the town beating some young men indiscriminately over the loss of a cell phone owned by one of the soldiers when he hired a commercial tricycle to the Barracks.

The Wa Municipal Hospital authorities say three persons, including Mr Cletus Awuni, the Upper West Regional Public Relations Officer, reported to the Hospital with injuries he sustained as a result of the brutality.

Mr Awuni and one other Mr Mahama Gafaru, whose right leg was fractured, were referred to the Regional Hospital for further medical attention. Mr Gafaru has since undergone surgery.

Meanwhile, Mr Joseph Osei-Owusu, the First Deputy Speaker of Parliament, has instructed the Committee on Defence and Interior to move to Wa to investigate the incident and report back to Parliament for further actions.