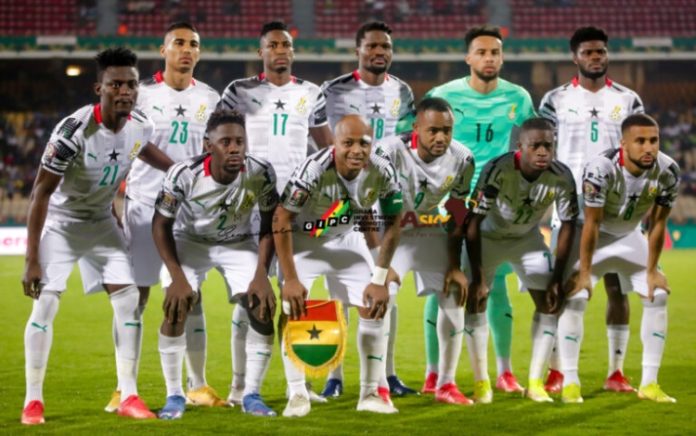 Coach ‘Milo Van’ is gone as the head coach for Ghana but what next for the sinking Black Stars in the near future especially in the playoffs for Qatar 2022 FIFA World Cup.

The Serbian tactician has been shown the exit door by the Ghana Football Association following a bad performance at the ongoing Africa Cup of Nations tournament in Cameroon.

Before Milo’s arrival as the new Ghana coach, his predecessor, Charles Kwablan Akonnor was hugely chastised by the football loving fans in the country including journalists and some top football administrators.

Following the shambolic and disastrous tournament in Cameroon, once again the head coach has been found culpable of Ghana’s woes at the 33rd CAF Africa Cup of Nations competition.

The Stars before Milovan Rajevac’s arrival were sinking deeper and brought a little bit of hope when his team secured a FIFA World Cup Qualifiers playoffs spot in a controversial manner against South Africa.

With a mass rejection of call-ups by some Ghanaian players plying their trade abroad, one could argue that Milovan had a little pool of players to select his final squad from though few players were ignored in the process.

During the tournament in Cameroon, Ghana loss their first game against Morocco, drew with Gabon and disgracefully loss to debutants and minnows Comoros to exit at the group stage.

This has become Ghana’s worse ever performance at the mundial after failing to win a single game at the Africa Cup of Nations tournament history for the first time and for the first ever coming last in their group which was made by two lowly ranked teams, Gabon and Comoros.

Whiles all could easily blame the coach for Ghana’s predicaments at the tournament, one shouldn’t forget that before the coach’s arrival in the country, the Black Stars were not doing any better before he took over.

Though Ghana topped their group in the qualifiers for the tournament, their defeat in Sudan and a draw in South Africa together with a 1-0 win over Sao Tome and Principe was a clear indication that the Stars standards had fallen.

Whiles Milovan Rajevac has been used as a scapegoat, Ghana’s problem still exit due to the inability of the Football Association to have a clear project for its various national teams.

In 2019, Milovan was nowhere near the Ghana national team when they won only one game at the tournament in Egypt and subsequently suffering elimination at the round of 16 stage against the Carthage Eagles of Tunisia.

Milo may be gone, but the problems of the Black Stars and Ghana Football goes beyond the sacking of coaches and the Ghana Football Association must find amicable and lasting solutions to solve Ghana’s football inadequacies.

With a 40-year wait for the AFCON trophy, coaching, certainly cannot be the only problem preventing the four-time AFCON champions to win its fifth trophy since their last success in 1982 in Libya.

Milo Van is gone but Ghana’s problems continue to exit and must be treated as a national emergency to find out why the country haven’t won a trophy after becoming the first country to win it for four times with Egypt now at seven and Cameroon with five trophies while Nigeria are on the grasp of reaching them on same AFCON trophies won with their three success.