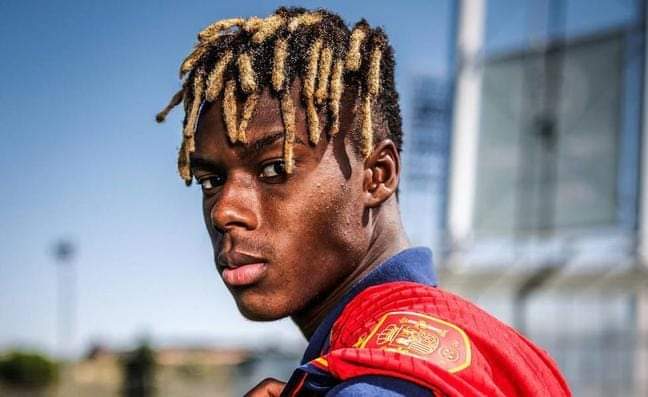 Nico Williams has revealed what it means for his big brother, Inaki Williams to play for Ghana at the 2022 FIFA World Cup tournament in Qatar.

The young man says his brother is very happy to represent as he snubbed Spain at the last minute to don the famous Black Stars jersey despite being born in Spain.

According to the Athletic Bilbao young forward, his big brother is very happy to have chosen Ghana ahead of Spain after playing at the 2022 FIFA World Cup tournament in Qatar.

The youngster also revealed that he chose Spain ahead of his parents country because he wanted to play for the European side.

Nico Williams: “Iñaki told me that if we reach the final, he will be here. My brother is very happy to represent Ghana and I was very clear that I wanted to be with Spain.”

Inaki Williams started all three group games for Ghana at the World Cup for Ghana and only got substituted in the last group game against Uruguay at Al Janoub Stadium in Al Wakrah.

Williams failed to hit the back of the net for his country at the 2022 FIFA World Cup tournament in Qatar as Ghana got eliminated at the group stages of the competition.

Nico Williams also suffered elimination from the 2022 FIFA World Cup tournament in the hands of Morocco on Tuesday evening.