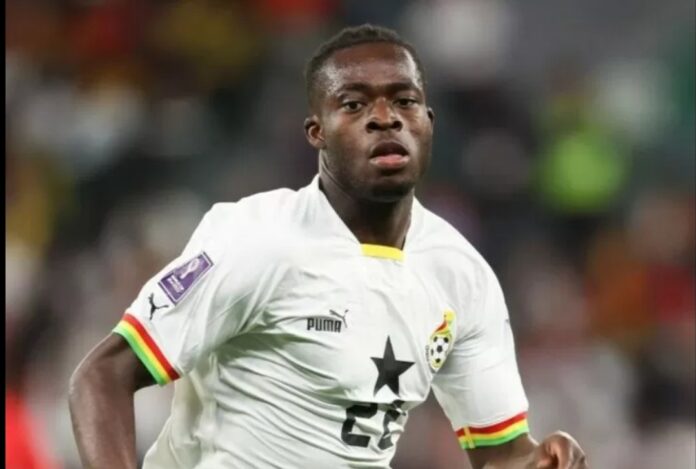 The Black Stars newbie, Salis Abdul Samed believes that the young Ghana winger is hugely gifted and has whatever it takes to become a star player for Ghana.

According to him, all the Stade Rennes player needs is luck from injuries and thinks he will take on the world by storm should he manage to stay fit and free from injuries.

He stated that Kamaldeen Sulemana is very good and he’ll be a big star. He says to him, if he works and gets more time to play, less injuries, he’ll be a top player.

“The guys that will take us to the next level? Kudus, I think he will be a big star to me. His qualities are different from all of us,” Abdul Samed told 3 Sports.

“I think Kamaldeen Sulemana if he gets more chance to play, he’s a top player because I’ve already played against him in Ligue 1 so many times last season.

“I think that guy is very, very good and he’ll be a big star. To me, if he works and gets more time to play, less injuries, he’ll be a top player.”

Kamaldeen Sulemana played at the 2022 FIFA World Cup tournament in Qatar for Ghana coming on as a sub in all the matches he played for the Black Stars team and was Unstoppable in his element against Uruguay at Al Janoub Stadium in Al Wakrah in the second half.