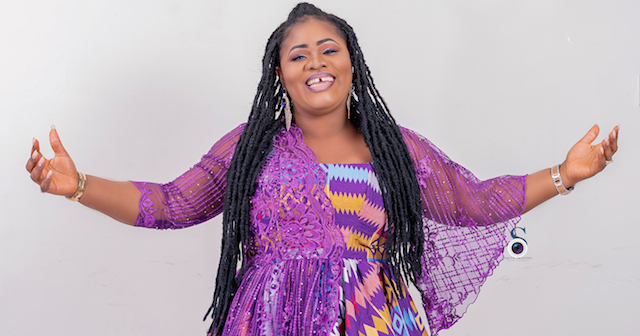 THERE has been a record of men feeling threatened by the success of their wives, but for Gospel musician, Obaapa Christy, her new husband Nana Yaw Frankie is solidly behind her and is the one who even spurs her on to succeed.

“Not every man is supportive of his wife’s career but my husband is one of a kind. He coaches me on what to say on radio and puts me in check when I go wrong.

“In fact, I am glad I found him, he is my everything so far as my music career is concerned,” she told Showbiz last Monday.

According to Obaapa Christy, when you have a pillar like her husband who is solidly behind her, you can be rest assured that you will go far.

“My husband is part of my success story because of the influence he has on my music. He writes most of the songs for me, helps me with prayers and sometimes tells me what dress to wear to what occasion,” she added.

She said her husband’s support, as well as her management team, had made it able for her to balance music with her family life.

“It is not easy combining music and marriage but with the support from my husband and my team, we are making it. They see to the daily activities of my music and make sure the right thing is done,” he said.

The songs on the album include Ma Enye Yie, I Am Coming Out, Amen, Aseda Nwom, Wagye Me and Wasue Me.

“It is going to be fireworks on the day, especially with the heavy line-up of artistes joining me on stage. God will use me to bless a lot of people on the day,” she added.