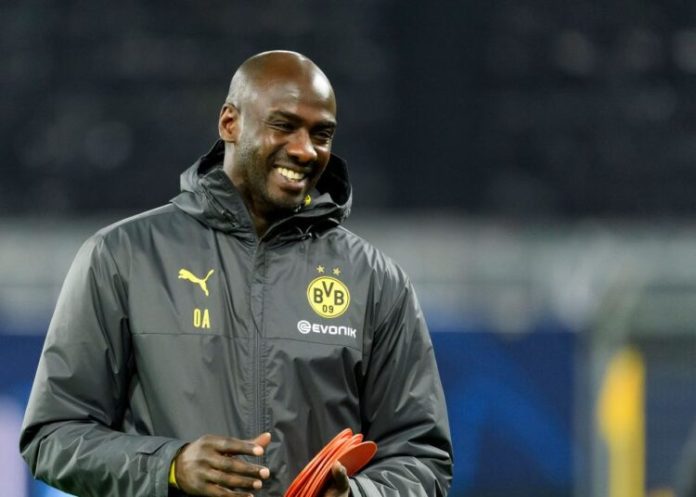 Black Stars World Cup coach Otto Addo has says his role at Borussia Dortmund is very important to the Germany Bundesliga giant as he resigns as Ghana coach.

Otto Addo confirmed his decision to leave his role as Ghana’s head coach following the the 2022 FIFA World Cup tournament exit in Qatar on Friday evening against Uruguay.

According to him, he already made it clear he was not going to continue as the head coach for the Black Stars team regardless of how the tournament turns out to be for Ghana at their fourth FIFA appearance.

“The decision is not only in my hands, Before I even started working with the GFA, everybody knew I had a contract with Dortmund and to even come here was very difficult and the GFA put a lot of effort to get me released,” he said in a press briefing in Qatar.

“What you have to know is the position I have as a talent coach is very crucial to Dortmund. We produce a lot of big talent. It is a crucial and important position for the club.

“Normally they wont have to let me go but because I want to help the country and the GFA went there had good talks, they released me for six months,” he added.

Otto Addo became the first Black coach to win a world cup game as Ghana’s Black Stars gaffer when his team beat the Taegeuk Warriors of South Korea on Monday afternoon at the Education City Stadium in Al Wakrah.

He won four games in charge as Ghana coach and drew four games with four defeats in 12 matches.

Otto Addo will return to Germany to continue his role as trainer scout and talent development coach at the Black and Yellows outfit.

12 drown in Ghana despite ban on swimming over COVID

Akufo-Addo is dishonest, hypocrite – A Plus fires