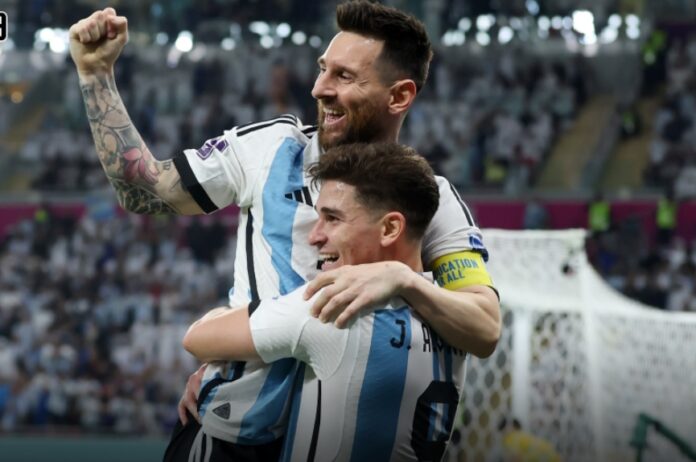 La Albiceleste of Argentina beat the Socceroos of Australia in the round of 16 stages of the 2022 FIFA World Cup tournament in Qatar on Saturday to set up a juicy clash against the Netherlands on Friday.

Lionel Messi inspired Argentina into the quarter-finals of the 2022 World Cup after another superb display in his 1,000th game that saw a valiant Australia side go out despite a late rally.

Messi opened the scoring in the first half after Argentina had struggled to break down the resilient Socceroos, curling a left-footed shot into the bottom corner after starting the move with a sprint into the area.

An error by Australia keeper Mat Ryan presented Julian Alvarez with a simple chance to make it 2-0 after 57 minutes, seemingly to put Argentina out of reach.

But a freakishly deflected goal gave the Australians hope late on, Craig Goodwin’s shot deflecting in off Enzo Fernandez. Aziz Behich’s weaving run into the box was ended by a great tackle by Lisandro Martinez, and in the 97th minute Garang Kuol’s shot was saved at close range by Emi Martinez.

Argentina were good value for their win, but Australia left the tournament with heads held high.

BETTER HALF: Matip Catches Up With Van Dijk & Co.