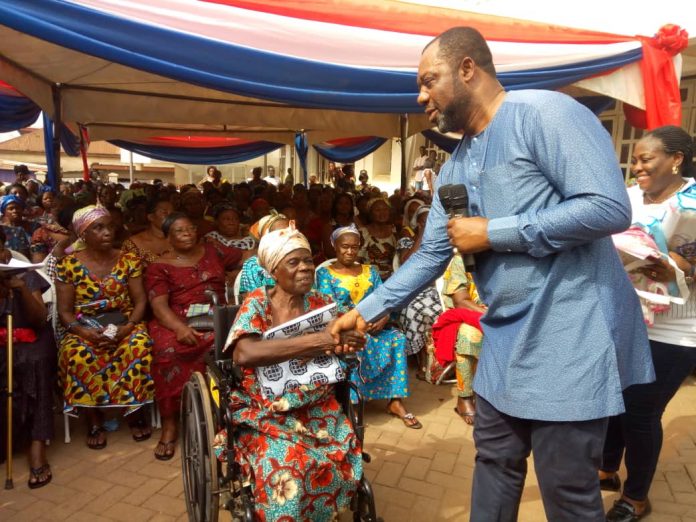 Hundreds of people including the poor and vulnerable in the Manhyia South Constituency in Kumasi have benefited from a free health screening.

The exercise was spearheaded by the Member of Parliament for the area, Dr Matthew Opoku Prempeh, affectionately called Napo.

Held on Wednesday, June 20, 2019, at the Abbey’s Park, a team of Doctors of Physical Therapy (DPT) and Professors from the George Fox University in the United States, examined constituents for backache, waist pains and spinal cord complications.

Assisting the 25-member team from the United States were medical students from the Kwame Nkrumah University of Science and Technology (KNUST).

Beneficiaries received medication and those diagnosed with serious health conditions were referred. They were also educated on the importance of living healthy lifestyles.

Mr Ike Ebo Grant, spokesperson for the US-team said upon request from the Member of Parliament they decided to visit the constituency for the second time.

This, he noted was as a result of the positive response they got from the constituents on their first visit.

Last year, the spokesperson said they had an overwhelming turn out at separate screening venues in the constituency. About 700 people showed up.

‘’Upon deliberation between the US-team and the MP for Manhyia South we decided to come back for another screening exercise since the initial one yielded positive results’’, Mr Grant posited.

Sixty-year-old cloth seller, Mary Osei, who had just been screened, expressed her delight at the opportunity to get treatment for recurring back pain.

‘’Some of us came in our numbers to seek for this medical privilege offered at a free charge by our generous Member of Parliament and we are grateful because most of the times there will be charges attached to the screening organized by others’’, Madam Osei noted.

S.K. Twene, a 73-year-old resident at Ash-town said he came to the venue of the screening to get treatment for body pains he had been suffering for years.

‘’I believe the therapy the team is giving will help me overcome the incessant pains I get on my body especially during wet seasons’’, Mr Twene stated.