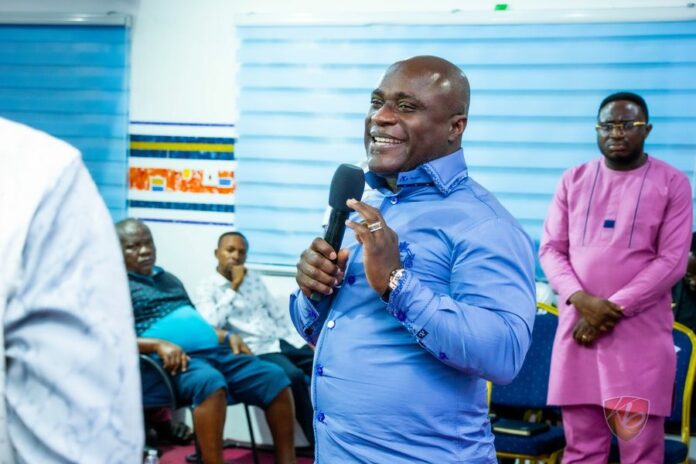 The Secretary to the Board of Trustees of the National Cathedral, Rev. Victor Kusi Boateng, has described allegations made against him by the Member of Parliament for North Tongu, Samuel Okudzeto Ablakwa, as a twisted narration of events to pursue a malicious political agenda.

In a statement, the founder and General Overseer of Power Chapel Worldwide said he will avail himself to investigations by the Commission of Human Rights and Administrative Justice (CHRAJ) after which he will seek redress.

“I have taken note of some defamatory publications and allegations made against my person by Samuel Okudzeto Ablakwa, MP for North Tongu. I am also informed that Mr Ablakwa has petitioned the Commission on Human Rights and Administrative Justice (CHRAJ) to investigate the said allegations he has levelled against me.

“I wish to assure the general public that the statements made by Mr Ablakwa are a twisted narration of events to pursue a malicious political agenda. There has never been any criminal intent nor any crime committed in my dealings with the Government of Ghana or the National Cathedral.

I look forward to the (CHRAJ) enquiry during which I will present my side of the matter to the Commission. I will subsequently also address the matters fully in public without first seeking to prejudice the public mind as he has done. Additionally, when all is done, I will seek redress against Mr Ablakwa for his deliberate defamatory statements against me.”

Mr Okudzeto Ablakwa, on Monday, January 16, petitioned the Commission on Human Rights and Administrative Justice (CHRAJ) to probe the GH₵‎2.6 million paid to JNS Talent, a company owned by the Secretary of the National Cathedral Board, Victor Kusi Boateng under a different identity.

The lawmaker on Monday, January 16, further alleged that JNS Talent is owned by one Kwabena Adu Gyamfi.

According to him, documents in his possession reveal that Mr Kwabena Adu Gyamfi is the same as Rev. Victor Kusi-Boateng who still serves on the National Cathedral Board as an Executive Council Member/Director.