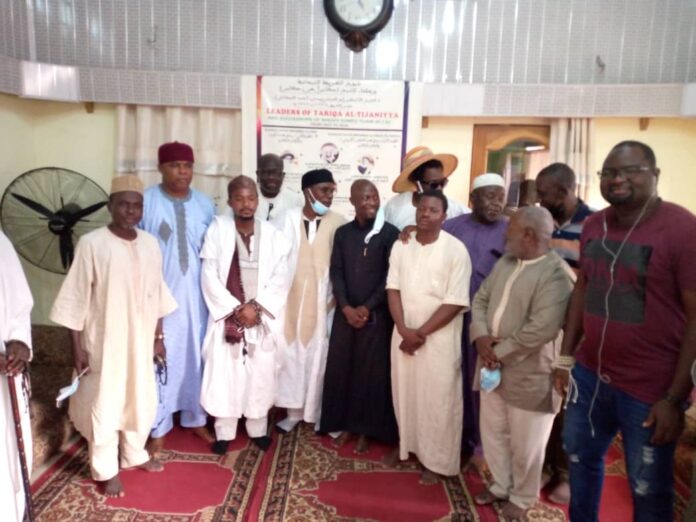 The National Chief Imam, Sheikh Osman Nuhu Sharubutu, has commiserated with the family of the late Shaikh Aliu Ahmed Maikano Kalamu and the entire Jallo Fraternity.

Sheikh Sharubutu also extended a warm gesture of support to the grieving family on Saturday when he sent a special delegation to Prang, base of the late Imam on his third-day funeral, a significant day for deceased Muslims.

The Chief Imam’s delegation presented 30 bags of rice and 2000 Ghana Cedis to the family on behalf of Sheikh Sharubutu as his contribution towards the funeral.

Receiving the items, the bereaved family expressed gratitude to the National Chief Imam for the warm gesture.

The charismatic Imam was killed by alleged robbers on Thursday and glowing tributes have been pouring in from leading Muslims.

Sheikh Sharubutu’s gesture to the Jallo fraternity, has been hailed by Tijaaniya adherents as a remarkable tribute to the young cleric and a further overtures and strengthening of peace.

Meanwhile, the National Chief Imam has announced he will conduct prayers for the late cleric in Accra on Tuesday.