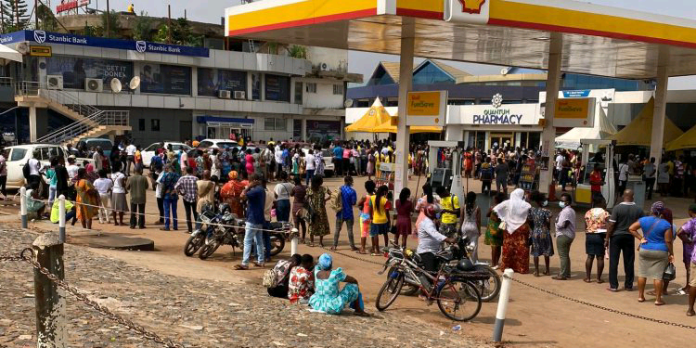 The Ablekuma West legislator insists that some actions were taken by the opposition party in the past, such as discouraging its faithful from participating in the exercise, contributed to the development, which has seen the Ministry extend the March 31 deadline.

On Tuesday, the Communications Ministry postponed the deadline for the re-registration of SIM cards across the country to July 31, 2022.

In a statement signed by the sector Minister, Ursula Owusu, on Tuesday, she explained that her outfit had considered challenges that characterised the process since it began in October last year.

“Due to a number of factors including the fact that over 7.5 million citizens and residents are yet to obtain Ghana Cards to enable them to register their SIM cards, it is clear that the deadline for completion of the registration of the remaining active SIM cards cannot be met,” the press release said.

But the Minister has said the NDC cannot be absolved of blame regardless.

She told Accra-based Asaase Radio that “even before the elections were done and this SIM card registration exercise took off, I believe in 2018 or thereabouts, the NDC told its members not to register and boycott it.”

For this reason, the Minister believes “the queues we are seeing currently are directly attributable to that action that the NDC took.”

“If we had all availed ourselves of that opportunity at that time, everybody who wanted a card would have gotten it by now, and we wouldn’t have been seeing the queues,” she added.

Meanwhile, the Ghana Chamber of Telecommunications has welcomed the decision by the Communications Ministry to extend the deadline.

In an interview with JoyNews, the CEO of the Chamber, Ken Ashigbey, said the extension will help many Ghanaians apply for the Ghana Card, which is the basic means of identification for the exercise.

90% of children with HIV in Ghana to be on treatment...