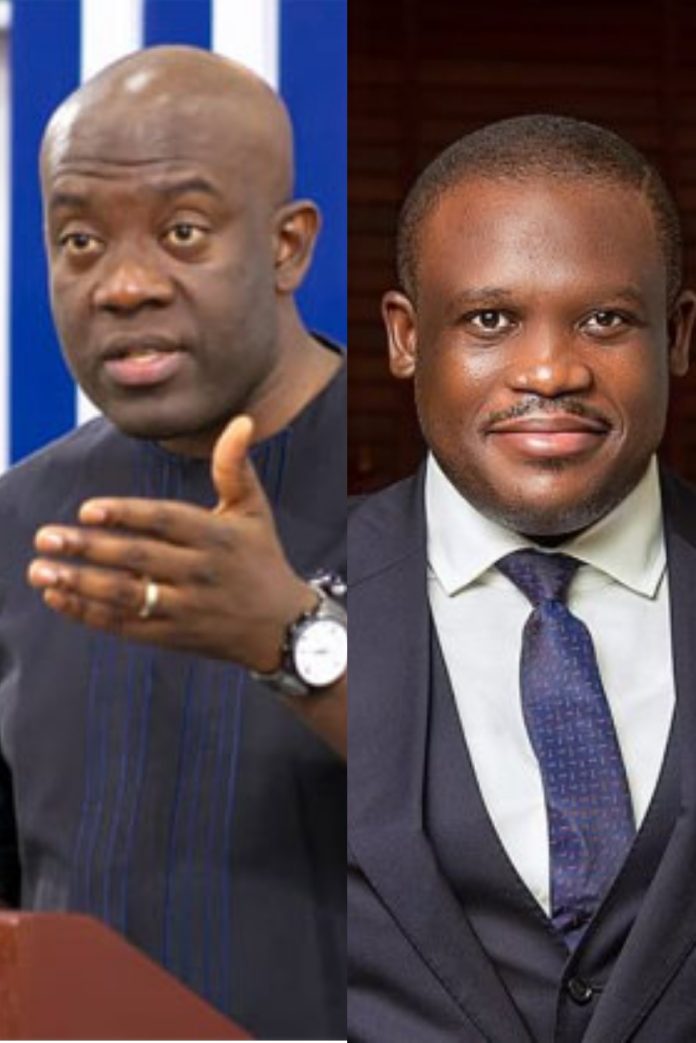 Ningo-Prampram Member of Parliament (MP), Sam Nartey George and Information Minister, Kojo Oppong Nkrumah have expressed their abhorrence for politics of insults that is gradually becoming the norm in Ghanaian politics.

In a conversation on social networking site, Twitter, the two MPs agreed that individuals can always make their point without trading abusive words and intemperate language to spite their political opponents.

The conversation followed a call out of legal practitioner, Martin Kpebu who had earlier hurled insults at President Akufo-Addo during a TV discussion on a survey by Ghana Statistical Service (GSS) on corruption.

Mr. Kpebu’s description of President Akufo-Addo as a member of a criminal syndicate attracted condemnation by the Information Minister via his twitter handle (@konkrumah).

According to Mr. Oppong Nkrumah, while we must uphold freedom of expression and even defend people who criticize the President, insults must not be condoned.

“It is shameful and totally unprofessional to hear lawyer Kpebu without any factual basis, accuse the President of the Republic of being a member of a criminal syndicate. Even more worrying is the fact that a media house which is to be respected, airs such content and happily reproduces it on websites and social media in a bid to achieve clicks and revenues on the backdrop of unfounded insults at its national leaders. We all uphold freedoms of speech and association but let’s be responsible in how we do this,” he tweeted.

Wading into the controversy, Mr. Sam George agreed with his colleague MP that there is the need to “denounce vile politics by all means but that should not stop us from speaking truth to those in power.”

He said though he is yet to find out what exactly Mr. Kpebu said, vitriol in our politics is not the way to go citing instances where other well known politicians took to insults in addressing their political opponents.

Mr. Sam George had alleged in the exchanges that the Ofoase Ayirebi legislator’s use of the word ‘Papa no’, during a Parliamentary debate was equally offensive.

Mr. Oppong Nkrumah in reply corrected that the later retracted joke at a colleague MP during a debate could in no way be compared to an insult or an allegation.

The two MPs later agreed that no one should defend the use of insults as a political tool nor use it to equalize stating that “wrong is wrong regardless of who suffers it.”