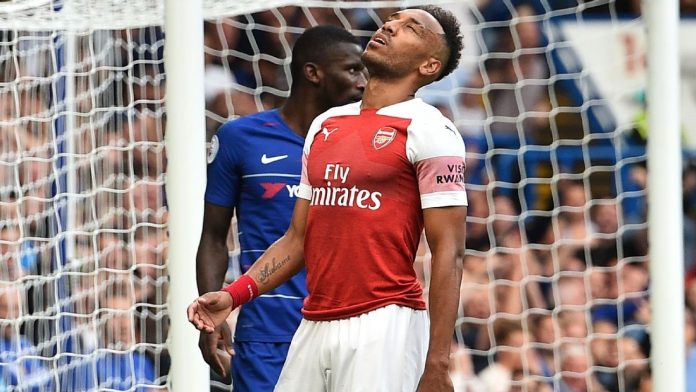 They won’t say it out loud, but, as I write this, Pierre-Emerick Aubameyang has actually had a better season than Mohamed Salah and Sadio Mane, the men he finished behind for the last two editions of the African Footballer of the Year prize.

His 22 goals got him a slice of the 2018/19 Premier League top-scoring honours he shared with Salah and Mane, while he has netted as often as the Liverpool duo — combined — have in European action. And in all competitions, among the trio, only Salah has been involved in as many goals (39), but even he has scored five less and played a game more.

Arsenal may have finished outside the top four for yet another season — and Aubameyang had very little to do with that, by the way — but Liverpool also came away empty-handed, even if only a point short of maiden Premier League glory.

Still, the Laval-born had a chance to upstage Salah and Mane – also a chance to reclaim the CAF Player of the Year crown lost to the former, in the bigger picture — in this week’s Uefa Europa League final, mere days before his two continental rivals take on Tottenham Hotspur in the Uefa Champions League decider.

Aubameyang had been quite prolific in the Europa League — the setting for eight of his goals – all season, and Wednesday night’s clash in Baku with London peers Chelsea felt scripted as a fitting climax to a brilliant personal campaign. The stage was set, the party started — but Aubameyang just did not turn up. Well, to be fair, the whole Arsenal team didn’t exactly turn up, but Aubameyang’s ‘absence’ — more like muted presence — was one of the more conspicuous.

With four shots and none on target, no key passes and no aerial duels won, Aubameyang was the worst player on either side — whoscored.com certainly thinks so, assigning him a paltry 5.63 rating. He could not have plugged the leaks in a defence that let in four mostly avoidable goals, but he offered precious little at the other end.

Arsenal’s loss it was, but also Aubameyang’s. Salah and Mane, if they do have a more rewarding Champions League final experience on Saturday than they did last year, can jump ahead of Aubameyang in the race for CAF’s next coronation (even if they still end up a few goals behind the 29-year-old this term). And at the summer’s Africa Cup of Nations — a luxury Aubameyang does not have, with Gabon missing out — the pair can put daylight between themselves and the former Borussia Dortmund star.

Female judge accused of having threesomes with lawyers in her chambers