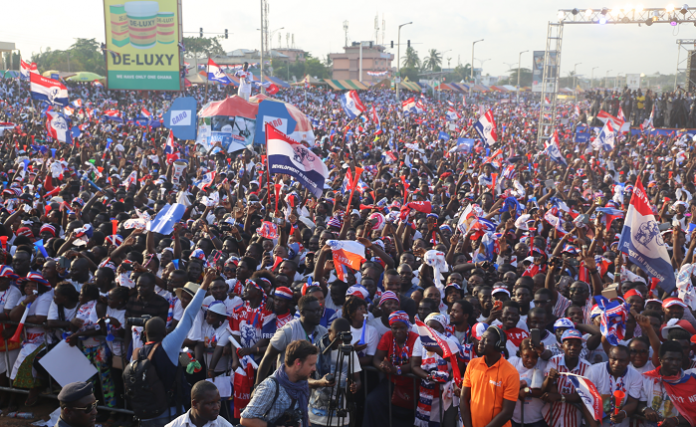 Pockets of violence that were reported during Saturday’s parliamentary primaries held by the ruling New Patriotic Party (NPP) will be investigated, the national chairman Freddie Blay has assured.

In a statement, Mr. Blay also condemned the act.

There were multiple reports of violence in some constituencies allegedly perpetrated by some supporters of various aspirants in protest against election results.

At Wulensi in the Northern Region for instance, some irate youth went on rampage setting bonfires at the party’s Constituency office after their preferred aspirant lost the election.

According to the youth, the confirmed results did not reflect the choice of the people. Mr. Blay described the conduct of the supporters as unacceptable.

“As a party, let us all endeavour to guard against giving ammunition to our opponents, for vicious and character assassinating attacks. Reported cases of altercations in a few polling stations are unacceptable and the party strongly condemns that. The party is already initiating moves to investigate them thoroughly and if necessary, apply the appropriate sanctions,” the statement read.

The party rather asked its members to stay together to plan towards victory in the December polls.

“Rather than dividing our ranks, I believe the successful outcome of this Parliamentary Primaries which has been in the spirit of family competition, friendly hostilities and sportsmanship, be used by all aspirants to energize the grassroots, mobilize our supporters for the compilation exercise of the EC’s new voters’ register and galvanize our energies towards the December polls,” it added.

The Chairman further expressed gratitude to all delegates and aspirants for making the exercise in general a success.

The keenly contested elections held on Saturday, June 20, saw over 40 incumbent MPs losing their bid to represent the party in Parliament ahead of the 2020 polls.

You’ve not won majority in Parliament – Oppong Nkrumah to Mahama

Election 2020: Court injuncts ‘No Mahama, No Peace’ demo in Buipe