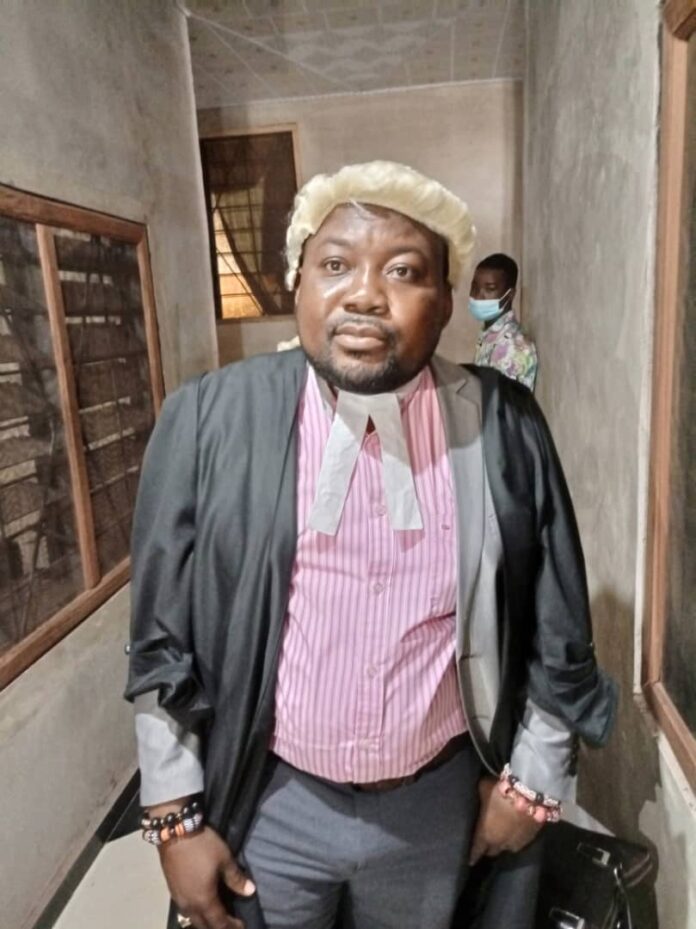 The 39-year-old man who was arrested for posing as a lawyer has been remanded into prison custody by the Akropong District Court.

Mr Kyei Baffour, whose plea was preserved by the court, will appear again on November 16.

This was after the lead prosecutor Mr Sylvanus Dalmeida prayed the court to remand the suspect for investigations to continue.

The court heard that the police is yet to confirm his status at the General Legal Council as part of its investigations.

Mr Sylvanus Dalmeida said the complainant is a Magistrate at the Nyinahin District Court while the accused person claimed to be a legal advisor at My Right Advocate Foundation in Accra and had been appearing before the court as a lawyer to represent his clients in various cases.

He said the actions of the accused person at the court aroused suspicion about his credibility. As a result the complainant requested for his license number.

On October 18, the complainant conducted a check at the Ghana Bar Association and a response received indicated that the accused person was not called to the Bar or a registered lawyer.

On October 27 at about 9a.m., the accused person, dressed in gown, bib and wig appeared before the complainant in a murder case titled: The Republic Vrs Selorm Agama.

Asked by the complainant when he was called to the Bar the accused person answered he became a lawyer in 2015.

The complainant immediately ordered for the arrest of the accused person. The suspect in his caution statement admitted that he is neither a lawyer nor called to the Bar.

He was later detained and subsequently arraigned before the court.

Lawyer for the suspect, Kwame Boaitey Adutwum told dailymailgh.com after the court proceedings said he had no objections to the request of the prosecution given the nature of the case.

According to him, without thorough investigations, the credibility of the judge may be dragged in the mud.

“This is a misdemeanour, so we won’t drag this matter for too long. I agree with the prosecution that they wanted to finish with their investigation because the General Legal Council have to confirm if he is a licensed legal practitioner or not. Also, the complaint is a judge, so her integrity is at stake if these things are not confirmed, and it comes to the public that he is a lawyer. The prosecution took the right action to seek for a remand so that they do their investigations.”

Mr. Adutwum told pressmen his client is calm and will not do anything to jeopardize the ongoing investigations.

“He is very cool and calm. I’ll find out a lot of things from him, but I will not be in a haste to confirm or deny anything. I will not interfere with the judicial process.”