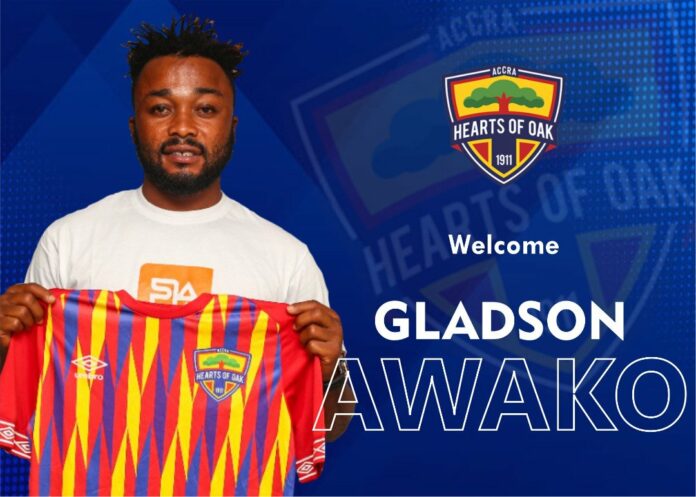 The 2020-21 Ghana Premier League winners have signed the midfield-gem and former TP Mazembe man who also won the 2009 FIFA U20 World Cup on a two-year contract.

The 30-year-old Ghanaian versatile midfielder played 31 matches for the Blue and Whites outfit and scored seven goals and provided eight assists in the domestic top-flight.

Awako mmade his Black Stars bow after shining for the DADE Boys and is expected to play a huge role in Hearts CAF Inter-club competition which starts next month.