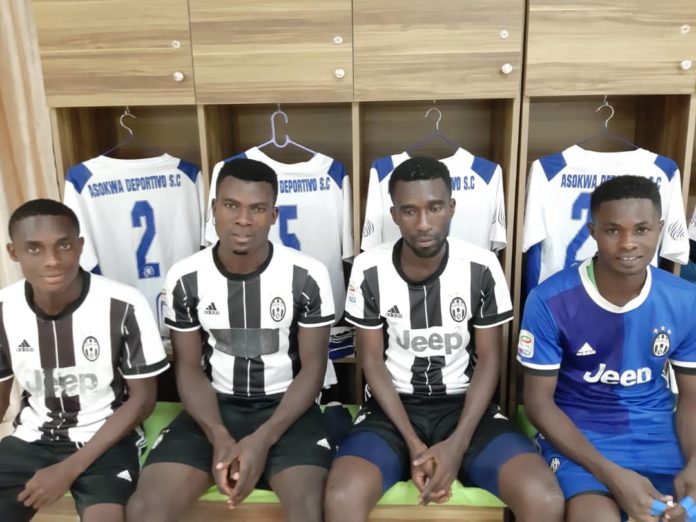 The Blue and Whites have completed the signing of defender Ebenezer Sekyere and midfielder Charles Danso from the Kumasi-based club.

Speaking to the club, Mr Abdulai Amidu confirmed to Dailymailgh.com about the deal between the club and the Dade lads.

*We can reveal that both players have penned a three-year deal respectively with the Capital club.”

Both players have been instrumental for the second tier side and has been constantly consistent for the Asokwa lads for three years.

With their inclusion in the ranks of Olympics, the Wonder club would be hoping to beat the drop when the Ghana league resumes.