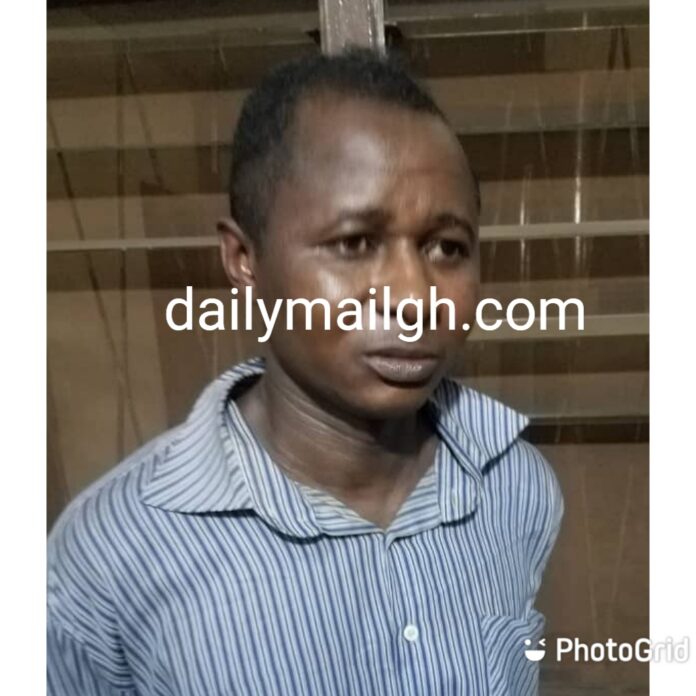 A remand prisoner was arrested when he attempted to escape from the cells of the Akumadan Police Station over the weekend.

Sumaila Dauda attempted to break portions of the wall of the cells to escape, police confirmed to dailymailgh.com.

Offinso North District Police Commander Chief Superintendent Bernard Twum Barima said the suspect managed to secure the metal handle of the cell’s bucket, with which he scraped a large portion of the cell to escape from custody.

He said one of his on-duty officers who saw the accused in the act alerted his colleagues after he heard a loud noise from the holding area.

“I was alerted by one of the officers at the counter. So he called and alerted me that there was an unusual noise in the cells. When we came and inspected the cells we saw that the suspect had punched a hole [on the walls of the cells]”, Chief Superintendent Twum Barima narrated.

Sumaila, a Fulani descent is already facing a court for causing harm. He faces a fresh charge of escaping from a lawful custody.

“So we are preparing him for court but for now we have transferred him from Akumadan to Nkenkenso [for us to continue with investigations]”, the police chief said.

This comes after at least 20 inmates escaped from police cells in the Greater Accra and Upper East Regions earlier this month.

Although some of the suspects have been rearrested, a serious manhunt is underway to recapture the remaining fugitives.

250 journalists to be sponsored for training annually