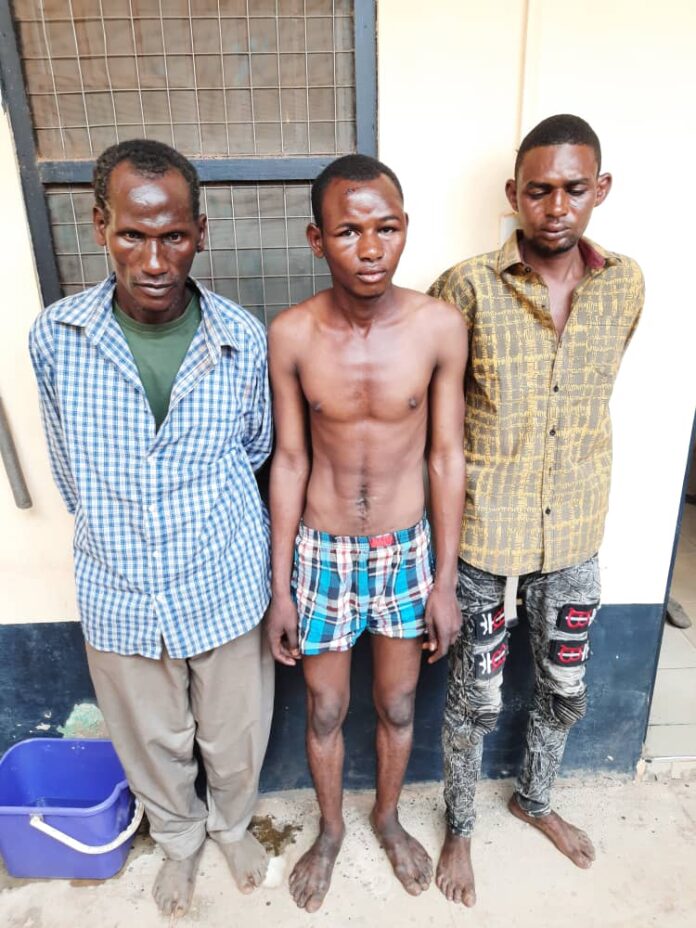 A routine patrol duty on the Anwiankwanta-Obuasi highway turned bloody as suspected robbers engaged police in a fierce gun battle.

The patrol team from the Jacobu District Command in the Ashanti Region said the incident occured Tuesday dawn when at least four armed gang emerged when they reached the Heman and Akokoaso stretch of the road, known to be a robbery prone area.

They reportedly signalled the team to stop with flashlight and suddenly fired indiscriminately upon seeing their service vehicle.

One of the suspects who wielded a pump action gun was shot at when police returned fire.

He was confirmed dead at the scene while the three others bolted.

The police however said the escapees were arrested at about 5 a.m., when they were spotted at the roadside.

They have been named as Umar Boobey, 59, Jibor Karim, 28, and Saadoh Ali, 23. They have all been detained and assisting the police in their investigations.

A locally manufactured gun, two live and two empty AAA cartridges, one machete, two torchlights and four mobile phones and assorted dresses have been retained by the police, the police said in a statement.