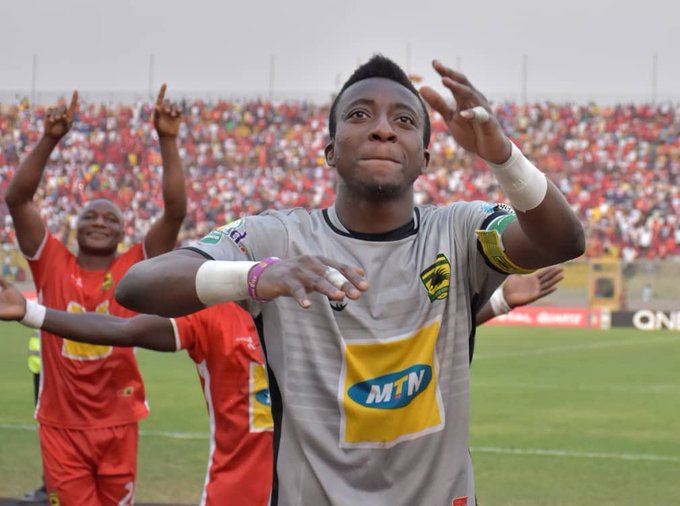 Asante Kotoko captain Felix Annan has expressed gratitude to their supporters for coming in their numbers to the stadium on Sunday to cheer the team to victory.

“Our fans were immense and massive today in our game and we thank them for believing in us every now and then,” he told Dailymailgh.com.

“We have always known our supporters to be the best in the country and they have always been there for us which is very encouraging and important going forward in the next stage”.

“We know and believe this is not going to end here but they will always play the extra man role for us and be our 12th man for subsequent game,” Annan acknowledged.

“The team always need the fans in the stadium because if they are not there then we don’t exist at all so they should always be there for us even in times of difficulty”, he added.

Kotoko eliminated Kano Pillars from the Caf Champions League preliminary round and will come up against Etoile du Sahel from Tunisia at the Baba Yara Sports Stadium on August 25th.