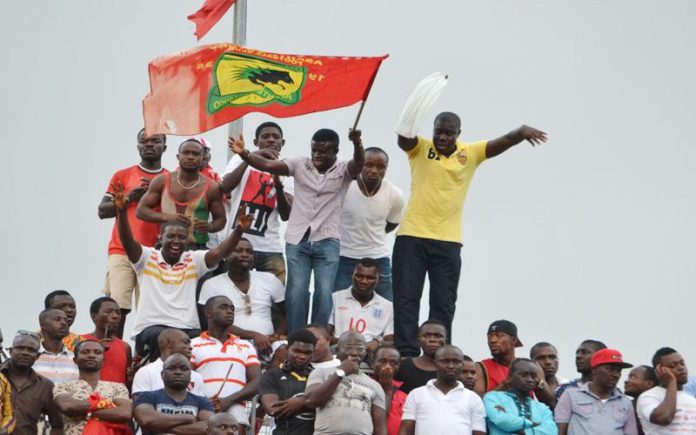 Winning a league title is no easy feat.

Wresting it from a club that won all six previous seasons?

But Asante Kotoko’s championship-winning squad of 2003 went even better in delivering the club’s first title in a decade. To appreciate more fully the significance of what that army of Porcupine Warriors achieved, take in some perspective.

Kotoko had been the land’s supreme club in the years leading up to the dawn of professional football in Ghana, winning 10 of 13 top-flight seasons between 1980 and 1993. It was their greatest spell of dominance — even greater than the run enjoyed in the sixties — and Kotoko looked unstoppable.

It’s why the next nine years were tough to take, watching Obuasi Goldfields — then a smaller regional rival, now bigger and re-named Ashantigold — romp to three successive Ghana Premier League triumphs, before arch-rivals Hearts of Oak went on a streak twice as long. Neither was easy for Kotoko to bear, but endure they did, even as hope and belief lingered that the tide would turn someday.

Kotoko had challenged in Africa, reaching and losing — in 2002 — their first continental final since 1993, and they’d contest another two years later (losing again), but the undisputed highlight of that era was 2003’s league conquest. It was a culmination of a process, steady but sure, that had required holding on to their best players and supplementing that stock with solid acquisitions.

The biggest credit went — or, at least, should have gone — to head coach Abdul Razak, a club legend who had returned to fulfil a craving. From the ‘Golden Boy’ came gold of a sort Kotoko hadn’t seen in years, secured in a manner that lastingly ended Hearts’ monopoly. Just two seasons prior, Kotoko trailed champions Hearts by nine points; in 2003, they finished nine points clear. Hearts were still brilliant, mind, as evidenced by the fact that they had gone that entire season unbeaten — even more proof that Kotoko, having lost just once, were truly a cut above all else.

Yet the applause has never been loud enough; what you’d hear more of are tales of how Razak and his team allegedly bribed their way to glory, emanating — as the Ghana legend himself laments — from a rather unlikely source.

“After the 2003 League and the Top 4 Cup, Otumfuo invited the management, then headed by Mr. Sylvester Asare Owusu, to the Manhyia Palace to render accounts of its stewardship, and that took management by surprise,” Razak revealed in a recent interview with Graphic Sports.

“In their quest to apportion blame for their failure to render proper accounts, they said they bought matches during the league.”

Then there is that story, almost apocryphal yet widely circulated, about Razak resorting to magic in guiding Kotoko toward a long-desired target. To that, too, the 1978 African Footballer of the Year, has a sharp retort.

“If winning the league is easy, then those who criticized me for using ‘juju’ to win the league should also prove that they’re worth it and win the league,” he told 442GH. “I’ve said it so many times that God will fight for me. What is ‘black magic’? If people think it works, they should go for it and also win the league.”

Razak’s words in his — and his charges’ — defense weigh heavily, but they feel both light and belated relative to all that has been said to discredit their impressive achievement; unfortunate, really, given the veracity of Razak’s claim that his “team was capable of beating any [other] team.”

And who, living through that period, could deny that?

Game on!: Ayariga’s suit against Amidu thrown out

Ghanaian violently assaults wife with axe for denying him sex