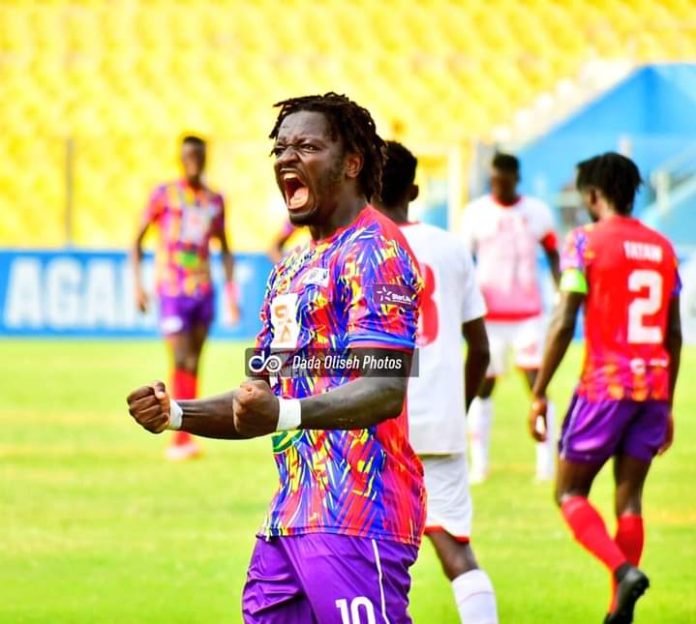 Board member for Hearts of Oak Dr. Nyaho Tamakloe, has revealed that Sulley Muntari has asked the club to pay him just GHc1 per month ($0.14).

According to him, the veteran midfielder insisted on taking such a low amount when he met the Board Chairman of the club.

Muntari joined the Ghana Premier League champions earlier this year and has been a key player for the Phobians.The 37-year-old scored his first goal for the club last Wednesday when he converted a penalty in their 2-1 win against WAFA at the Accra Sports Stadium.

Speaking about Muntari’s impact at Hearts so far, Dr. Tamakloe, who is a former president of the Ghana FA, disclosed what the player asked to be paid.

“The Chairman of the club and some of us met him and asked him how much he’d like to take to know if we can afford it,” the football administrator said on Asempa FM.

“Just as he said on the pitch a couple of days ago, he said we should pay him GHc1 a month… Sulley is a great strategist”, Dr Nyaho Nyaho-Tamakloe

Muntari recently addressed reports suggesting he will be included in Ghana’s squad to face Nigeria in the 2022 World Cup playoffs.

According to the former Inter Milan and AC Milan star, he is currently focused on helping Hearts to achieve their goals in the league.

“I’m pleased but the most important thing is Hearts of Oak now,” Muntari said in an interview with StarTimes.“I came in, I got the chance to play for the club, it’s a big team here, the guys are amazing, coach and the staff also.

“So, I am very pleased to be here and also the fans are making things right, I’m home and it’s just a joy to be here.”Muntari was capped 84 times by Ghana between 2022 and 2014 but hasn’t played for the Black Stars since the 2014 World Cup.