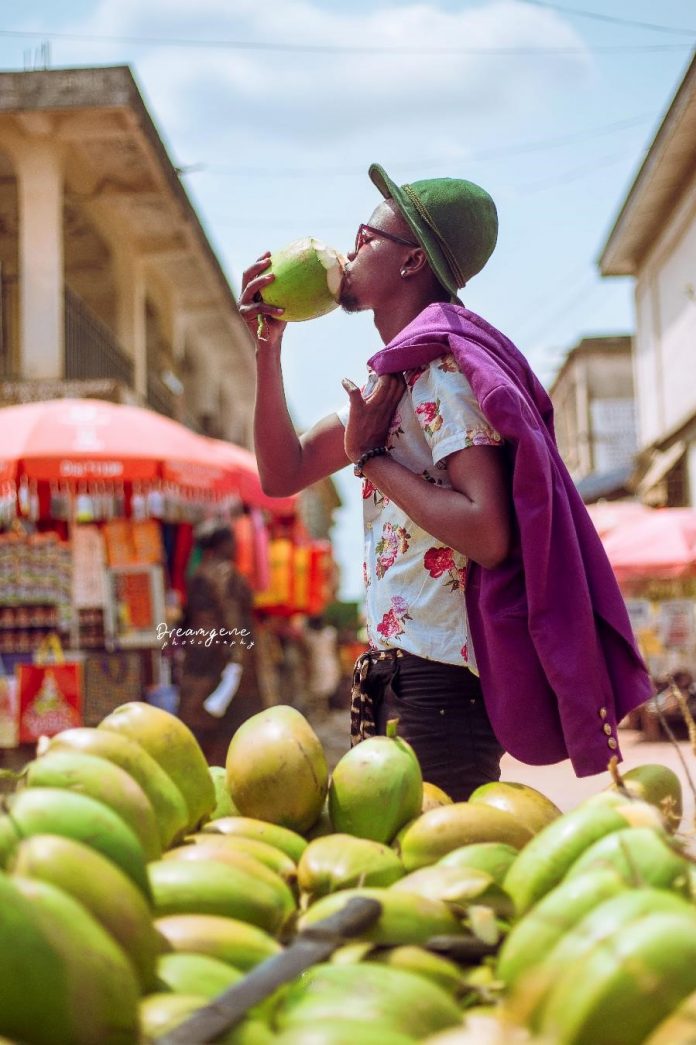 From above, the sun rages; from within, between body and soul, a battle does same. A mitigator is sought for the former; for the latter, a mediator.

In the distance, you spot one solution for both. Even in an age when bottled water and beverages abound — in all tastes, forms and sizes — none available matches the cooling ability of that which you seek. Approaching this fella you know not from Adam, your steps quicken, without regard for the machete he firmly and expertly wields. Your focus, instead, is on what he hawks all day long. From afar, the very sight warms your heart: it’s green, it’s hard, it’s round, it’s juicy, it’s meaty . . .

Lining Ghana’s shores are towering trees that yield this highly valuable yet grossly underrated crop which satisfies a popular craving throughout the country. Varieties exist, but that which you are likeliest to find — and savour — is the West African Tall (WAT) ecotype. Coconut cultivation in Ghana was once limited to Keta in the Volta Region, but has since spread to other coastal areas — with the Western Region now considered the hub of production — where coconut is currently deemed the most important cash crop.

Coconuts aren’t just hacked and cracked, drained and scraped, then left for ‘dead’. The fruit — also a lovely accompaniment for roasted maize and other traditional snacks, if such is your fancy — is a source of several essential vitamins and minerals, while its oil is esteemed for being rich in medicinal value, helping in the treatment of conditions both internal (asthma, bronchitis, dysentery, flu, irregular or painful menstruation, earache, ulcers, kidney stones, etc) and external (blisters and burns). And even for those who don’t suffer serious skin ailments that require coconut-induced powers of healing, coconut derivatives still come in handy as an effective skin moisturizer and softener.

But there is even more to be reaped from what you leave behind after consuming coconut to your heart’s — and tummy’s — content, if you ask Ghanaian entrepreneur Amin Sulley.

“I realized there were lots of coconut waste generated every day by coconut vendors in Accra at every turn and questioned what could be done to solve the problem,” Sulley explained to Joy News sometime last year.

What Sulley came up with as an answer is what he brands and distributes commercially as ‘Zaachoal’: coal made of coconut waste that burns hotter, easier and is cheaper than regular firewood. What’s more, it also produces little to no smoke, thus fueling food for thought for those working towards a less warm world.

That’s just Sulley’s ingenious way of reducing the amount of coconut waste on our streets, though; depending on who else you ask, the streets themselves — where they are riddled with potholes — could be filled with the waste in its raw form!

Clearly, it isn’t just in sheer height that the coconut tree — aptly described by some as the ‘tree of life’ — enjoys prominence over peers. It is in recognition of such significance that the Ghanaian government has thrown the spotlight on coconut production in recent years, with the Ministry of Food and Agriculture (MoFA) dedicating the country’s 2011 World Food Day celebration to the sub-sector.

And this year, from September 24 to 26, Ghana will host the International Coconut Festival, aimed at providing “a platform that will connect participants through the development and promotion of coconut, and highlight the various features of the coconut tree from the root to its leaves.”

The event, to be held at the Accra International Conference Centre (AICC), is spearheaded by the African Coconut Group on the theme: ‘Promoting Export Diversification through a Robust Ghanaian Coconut Industry’.

So, then, the next time you see coconuts being peddled — in a wheelbarrow, four-tyred cart, basin, or some other receptacle — look no further; it could mean refreshment for you, income for many more, and much-needed respite for the environment, too.

Mahama: I will revive sinking TOR and BOST again