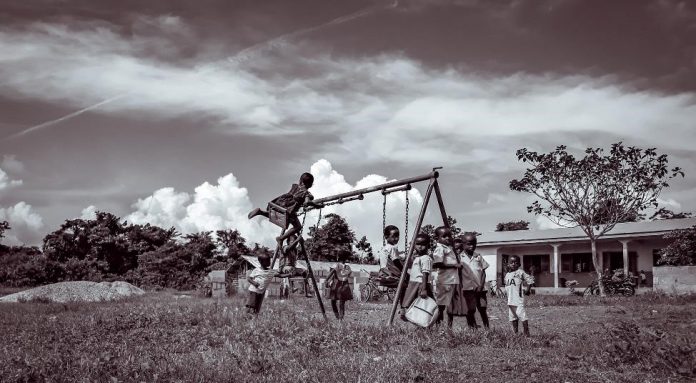 “A child who does not play is not a child, but the man who doesn’t play has lost forever the child who lived in him and who he will miss terribly.” — Pablo Neruda, Nobel Prize-winning Chilean poet-diplomat and politician.

It’s an opinion seemingly contrasted by words of another writer named Paul (‘Pablo’ being a rendering of ‘Paul’ in Spanish). Says the Pharisee-turned-apostle at 1 Corinthians 13:11: “When I was a child, I spoke as a child, I understood as a child, I thought as a child: but when I became a man, I put away childish things.” (KJV)

Those sets of famous words by both ‘Pauls’ make sense, at least per the respective contexts each had in mind. Still, you’d probably agree that the concept of growth — or, rather, ‘maturity’ — is a bit overrated, wouldn’t you?

So much is made of acting one’s age and of all that comes with it. At some stage — and it varies, depending on an individual’s circumstances and background — we reach that checkpoint separating childhood from what remains of our lives, and we’re ordered by society’s watchmen — those age-old norms imposed on us — to strip to our barest, denied the opportunity to carry anything into the future from the fun phase of life being left behind.

Those who obey those orders to the letter, implies Neruda, wither into the saddest adults, unsatisfied with all they may ever acquire in life, going forward; deep down, they’re missing something so essential and so fundamental to the attainment of true contentment — something buried deep underneath all the ambition, bills and achievements of adulthood. For these poor souls, the child inside them gets smaller and smaller — eventually fading altogether into nothingness — as all else gets bigger and bigger, resulting in a net loss.

The truly happy ones, for a fact, are those who dare smuggle the little child they were — or what remains of it — past said checkpoint; those who, every now and then, remember to break free of the chains of adulthood and grab the chains of a swing, breezing their cares away. Yes, those who, though acknowledging that life is indeed as uncertain as a game of football, remember to set up goalposts of two little rocks, not one that stands imposing and restrictive with bars on all three sides. It is they who truly grow in the strictest sense of the word.

What do you do, then?

How do you cope with all that, when you’ve forgotten how to be a child for the best part of the preceding half-century or more?

So, then, don’t throw away that child you once were — that little boy or girl who played so hard that anything else barely mattered. If you already have, do find him, for you’d need him/her someday.

Grab a swing. Kick a ball. Be a kid. Once more.

Israel celebrates 6 decades of relations with Ghana with ‘Strings of...