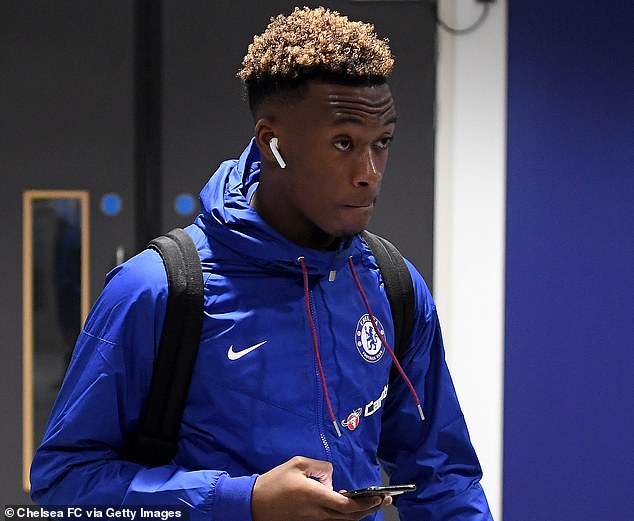 In many a Premier League dressing room, the ambience just before a game and after it ends — in victory — are not too different, only that the players bounce around with a bit more energy in the latter instance. The sound, though, is usually constant: hip-hop.

Hip-hop, of course, is a genre of music with heavy black influence, traditionally dominated by a long line of Afro-Western artistes. Ahead of the campaign that just commenced, the media team of Liverpool — currently European champions and narrowly missing out on Premier League conquest last season — held a quiz to test the hip-hop skills and knowledge of four of the club’s black players: cult hero Virgil van Dijk, England internationals Alex Oxlade-Chamberlain and Joe Gomez, and youngster Rhian Brewster. Find it on the club’s YouTube page, man; you’d love it.

After Liverpool roused themselves to the stunning 4-0 win over Barcelona that got them over the line in last season’s Uefa Champions League semi-final second leg, the wild scenes in Anfield’s home dressing room was accompanied by the thumping beat of Future’s ‘Extra Luv’. Some of the players sang along, others danced to it, and still others — like young Brewster — did both. Less than a month later, when the Reds sealed a sixth triumph in the competition following a 2-0 final victory over Tottenham Hotspur, the mood was just as ecstatic, but the accompanying sound was no different: more hip-hop.

But while hip-hop — with its subtle African vibes — remains popular among England’s elite footballers, no genre flies Africa’s banner higher these days than ‘Afrobeats’: “a growing music movement that’s struck a chord with youth in West Africa and outside the continent,” as defined by a 2012 CNN article.

In English football, where young stars of direct/indirect African origin boss the game now, Afrobeats thrives. Many of these players are keen to reach into their African roots for inspiration, and Afrobeats provides one of the easier channels via which to connect. Still at Anfield, we find a typical example in Liverpool and Netherlands midfielder Georginio Wijnaldum. Okay, so ‘Gini’ has a playlist he calls his ‘Matchday Mix’ on audio streaming platform Spotify which is updated regularly, the latest of which is shown in the tweet just below:

Two of those, Burna Boy’s ‘Collateral Damage’ (off his trending ‘African Giant’ album) and Yemi Alade’s hot single ‘Yaji’, are Afrobeats tracks, and seeing those songs featured by Wijnaldum got Nigerians on Twitter purring and suggesting even more tunes of their own for the Champions League winner to sample (although, given his Afro-Surinamese lineage – like countryman Van Dijk – it is more likely Wijnaldum is of Ghanaian extraction 🤗).

Then there is Callum Hudson-Odoi, the 18-year-old Chelsea prodigy born to Ghanaian parents in London. In a piece recently penned for the Players Tribune, Hudson-Odoi fondly recalls his experience of winning the Fifa U-17 World Cup with England’s Young Lions in India two years ago:

“I had this playlist on my phone when I was out there, and it had everything I needed to get hype before a game — Drake, Roddy Ricch, Yxng Bane, some Afrobeats. I spent a little time on it, getting the vibe right!”

See those names? Spot a trend?

“There’s this one Afrobeats tune — “Iskaba,” by Wande Coal — you listen to that song and you’ll get a feel for the vibe we had out in India. We were almost dancing on the pitch.”

And they danced, on the pitch and off it, to glory. You would imagine that bunch of world-beaters — also starring the likes of Timothy Eyoma, Marc Guehi, Jonathan Panzo, Steven Sessegnon, Jadon Sancho and Brewster — still jam to one Afrobeats track or the other when it’s matchday for their respective teams.

So, then, when you see ’em youngins nodding to some pre-match music that filters through their massive ‘Beats by Dre’ headphones or smart AirPods, don’t hastily conclude that it’s Nas or Jay-Z at the other end; even more probably, it could be good old Shatta Wale or Sarkodie.

Either way, of course, Africa wins.

‘You do all’ – Akufo-Addo congratulates Shatta Wale on collabo...