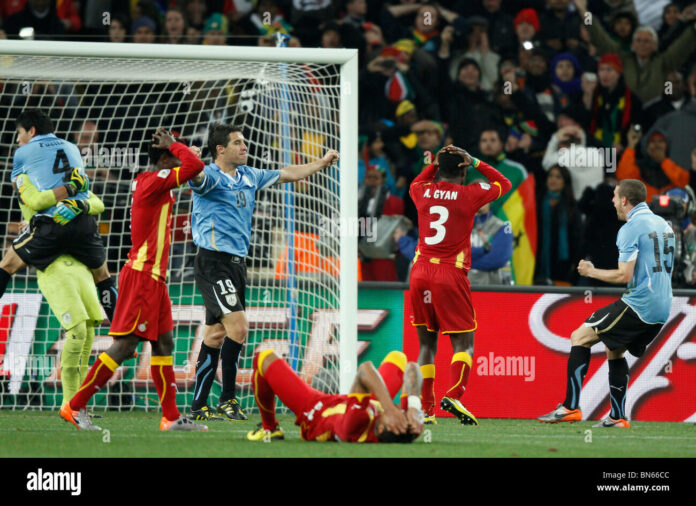 Ghana legend Asamoah Gyan is begging the current Black Stars players to avenge the 2010 quarter-final loss to South America side Uruguay in Qatar.

The former Ghana captain has urged the Black Stars team in Qatar to beat Uruguay at the 2022 FIFA World Cup tournament when they square off on December 2nd.

According to him, this is the game everyone is looking forward to as a Ghanaian at the FIFA Mundial and would be extremely happy if the Stars win that game against Luis Suárez’s team.

“I am looking forward to the game against Uruguay at Al Janoub Stadium in Al Wakrah at the FIFA World Cup tournament”, he started.

“I’m begging the Black Stars players to go all out against Uruguay to avenge the 2010 quarter-final loss by beating the Uruguayans at this year’s World Cup”, he told Super Sports in South Africa.

Gyan missed a last-gasp penalty against the Uruguayans of the 2010 FIFA World Cup tournament in South Africa at the quarter final stage and denied Ghana making history to become the first Africa to reach that far.

He is now clubless and inactive but yet to announce his retirement officially and is serving as a pundit at the World Cup in South Africa with Super Sports.