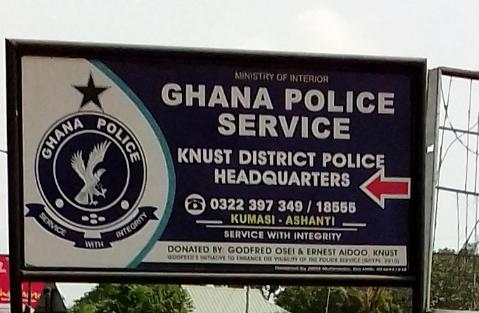 Police at the Kwame Nkrumah University of Science and Technology (KNUST) District Command have taken over investigations into the unexplained death of an employee of the Driver and Vehicle Licensing Authority (DVLA).

The deceased, Kwadwo Appiah, 40, on Saturday, April 17, fell unconscious when he visited a female student of the KNUST, who resides at the Pinamang Hostel at Ayeduase in Kumasi.

He was said to have suddenly fell unconscious in the room of the Level 300 Fashion and Design student who quickly prompted his brother, Akwasi Baafi for further action.

Contrary to reports on social media that the deceased had died in the room, police say the he passed away at the KNUST Hospital where he was receiving medical attention.

According to Accra-based Citi FM, Mr Appiah died two hours after he was taken to the hospital.

The brother of the deceased Akwasi Baafi later reported the matter to the police on April 18, at about 20:10 p.m., police sources reveal to dailymailgh.com.

“Inspection on the body did not disclose any mark of assault”, a police report stated as it further disclosed that the body of the deceased was deposited at the Aninwah Medical Center morgue located at Emena for autopsy.

Although the police will not give any further comments on the matter, it is gathered that the female student and mangers of the Pinamang Hostel have been invited to assist investigations.