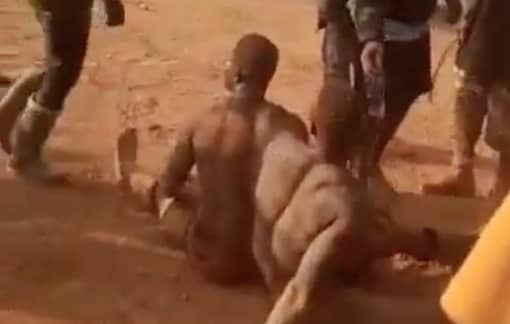 Police in the Ashanti Region is investigating a mob attack that resulted in the death of a suspected gold thief.

His accomplice was said to have survived with life-threatening injuries and bruises and is receiving treatment at the hospital.

The incident happened on Tuesday, August 10, at the Napoleon Mining Site, a local mining firm located at Manso Atwere in the Amansie West District, police say.

The Ashanti Regional Police Command had said one suspect has been arrested after a video of the incident was widely published online.

Spokesperson for the Ashanti Regional Police Command ASP Godwin Ahianyo says the owner of the mining concession has been invited by the police to assist with investigations.

He is said to be cooperating in that regard as ASP Godwin Ahianyo says the police is also searching for another suspect identified only as Culture.

The police, Mr Ahianyo says is urging all members to own up, “since the police will not condone any such distasteful act in the region.”

The body of the deceased has been deposited at the St. Martin’s Hospital at Manso Agroyesum for preservation and autopsy.