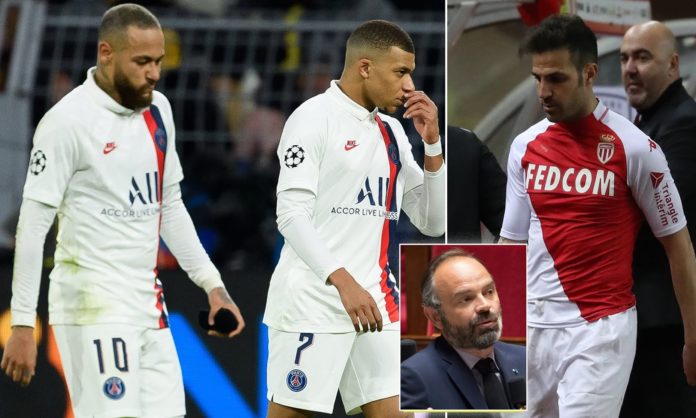 Paris Saint-Germain have been crowned the champions of Ligue Un amid the shutdown of French sports until at least September, according to reports in France.

Ligues 1 and 2 had been postponed along with most divisions across Europe and beyond due to the effects of the global pandemic.

Most clubs have ten games remaining before the season’s conclusion, with only leaders PSG and mid-table Strasbourg boasting a game in hand.

It was expected that clubs would start training in May with a view to returning properly in June, a similar plan to the Premier League and their reported ‘Project Restart’ and that of Italy, whose Prime Minister offered hope of a definition conclusion to the Serie A campaign in the near future earlier this week.

But the same can no longer be said for France, with Prime Minister Edouard Philippe ruling out the prospect of any sporting event even being played behind closed doors in the next few months.

There is yet to be an official statement from the French Football Federation but Philippe’s update will be critical to Ligue Un after UEFA gave its members a deadline of May 25 to provide plans to restart their respective seasons.

And now a report in French newspaper L’Equipe (via the Daily Mail) claims that PSG have been awarded the title with the current positions taken as the final standings, although any potential relegations are yet to be ratified.

I couldn’t have rejected Dusseldorf – Ampomah

Most Ghanaian journalists are hypocrites – Gyan

307 Ambulances: How were they procured? – A Plus requests info...