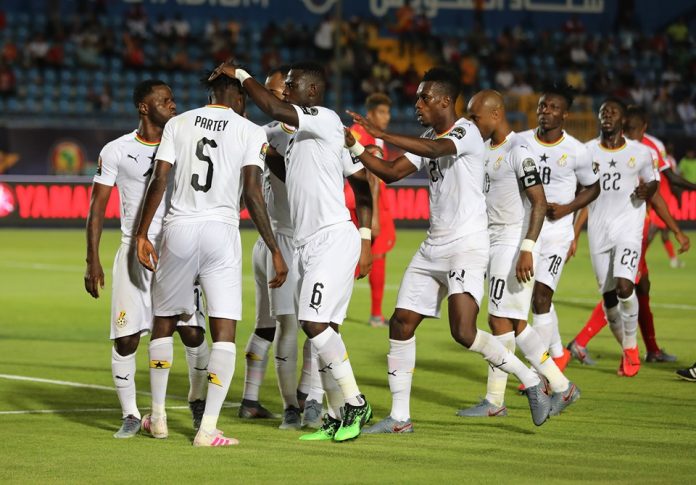 It’s taken a while, but it does seem like Thomas Partey is finally turning up for the 2019 Africa Cup of Nations party.

Much analysis of Ghana’s chances ahead of the tournament revolved around the Atletico Madrid midfielder, given how sparkling he has been for Los Colchoneros since making a breakthrough in the Spanish capital not many seasons ago.

Andre Ayew was handed the armband by head coach Kwesi Appiah just before the Afcon, while erstwhile skipper Asamoah Gyan retains much clout in his new role as general captain, but it was Partey — Ghana’s most high-profile player at the moment — who held the key to the Black Stars’ success. He still does.

Against Benin in Ghana’s Group F opener, things didn’t start quite right. Partey — the party starter, the cornerstone, the engine — huffed and puffed, but the closest he came to influencing matters was an arcing freekick saved by the Beninese goalkeeper. Ten-man Ghana was upset, ultimately left feeling grateful for a 2-2 draw that fans found rather unsatisfactory.

Partey’s performance — or lack thereof — was singled out for criticism, but expectations remained that he would come good in the next outing, reigning champions Cameroon the opposition. That game, four days later, brought small gains, but another draw — and another sub-par display from Partey — had brows furrowed and Ghana’s chances of qualification to the Round of 16 hanging by a thread.

“We are a team and we play as a team. Things didn’t go well for me personally [against Cameroon],” Partey conceded post-match.

Guinea-Bissau, the Stars’ last group opponents, wielded the scissors to cut that remaining strand of hope. And for much of the clash in Suez last Tuesday, it looked like the Djurtus just might. At various points during the game, Ghana had the woodwork and goalkeeper Richard Ofori to thank for not conceding. There was poor output all over the pitch, and Partey — most conspicuously — appeared to be in the middle of another disappearing act.

But then came a flick of the wand by coach Appiah sometime after Jordan Ayew had given Ghana a sigh-inducing lead, with the introduction of Afriyie Acquah to replace Partey as Mubarak Wakaso’s partner in a double pivot releasing the Stars’ No.5 into a more advanced role. Six minutes later, Partey tucked in another goal for Ghana from close range, connecting with the brilliant Baba Rahman’s low cross: 2-0, Ghana through, top-of-the-table, job done.

Ghana has a quarter-final against Tunisia to contest on July 8, and if the Stars are to triumph at this Afcon, there would be three more games to win — which is why it’s a good thing that Partey looks primed to run the show henceforth. There is no guarantee that the system with which Appiah unleashed Partey’s feral instincts and settled the Guinea-Bissau showdown would work for the next match(es) — “we adapt our game system according to the qualities and shortcomings of the opponent,” says the gaffer — but, from here, Ghana can’t afford to look back.

Neither can Partey, who reportedly has a personal physiotherapist brought in for the remainder of the tournament. The likes of Mohamed Salah, Sadio Mane and Riyad Mahrez — stand-out stars for Egypt, Senegal and Algeria respectively — have already had significant impact on their countries’ fortunes and could yet do even more. Partey has his cue, and, with that late show versus Guinea-Bissau, has hinted at doing same. And why not?

He is, after all, the life of Ghana’s party.