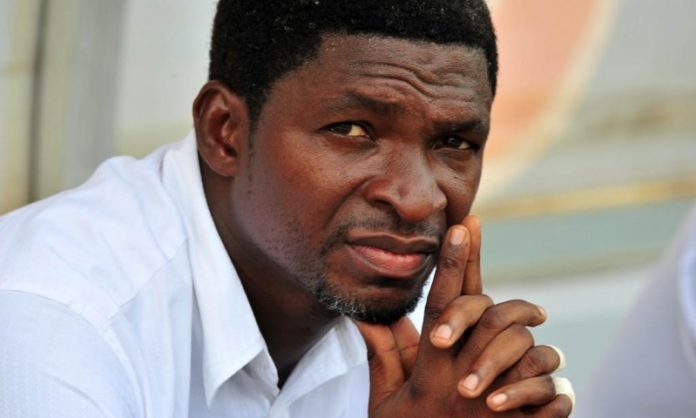 When Asante Kotoko beat Hearts of Oak for the President’s Cup last December, it did feel like the ensuing Ghana Premier League season would run smoothly.

And so it started, with two straight wins reinforcing that feeling of formidability. But then came the first obstacle, a home loss to Berekum Chelsea — that marauding blue band nobody wants as guests in the GPL this term. The defeat, though startling, wasn’t the worst fallout from that day’s happenings; a three-game run spent playing before an empty Baba Yara Stadium, as punishment for spectator violence that resulted in a shooting incident, was. They won just one of those, drawing the others, and the alarm bells went off. And in Kumasi, when those do go off, they are deafening.

Another victory over Hearts triggered a much-needed reset, but — barely a month later — Kotoko are under the cosh again and, this time, the red flags (pardon the pun, will you?) are flying all over the place. Last week’s loss to Aduana Stars would have surprised or overly disturbed few Kotoko fans; the truly upsetting part was the ‘strategy’ their club employed in attempting to end a winless decade in Dormaa Ahenkro: sorcery, in its most brazen form. That the ploy — hinged on an outrageous decision to voluntarily play with 10 men until recess — failed to work was an even greater humiliation.

For superintending all that, Kotoko trainer Maxwell Konadu has been tagged a “village coach” by his opposite number on the day, Aduana’s W.O Tandoh. It was rude and even hypocritical for Tandoh to do so — which is why he has been chastised heavily by the football fraternity — but, still, Konadu and Kotoko did themselves no favors with their superstitious stunts. If Kotoko felt their perennial struggles in Dormaa represented a headache that ought to be dealt with by any means — fair or foul — they now have a full-blown crisis on their hands that could derail the course of the rest of the season, and much of that burden is borne by Konadu.

More than anyone, it was the credibility of the former Black Stars coach that took a hit after the disastrous Week 11 trip. Sunday’s shocking FA Cup Round of 64 elimination by lower-tier Asokwa Deportivo was definitely not the best start to restoring fans’ faith in his ability, but Konadu does have 23 more league games to do so.

In times like these, Kotoko turn to their Baba Yara fortress for solace, in the belief that those grounds would reap a bulk of the points they compete for. Even that has been lost, however, as Kotoko — in the foreseeable future — have to play their home games several miles away, at the Accra Sports Stadium.

For all that’s been said about the goodness of Kotoko’s fortunes when in Accra and the sheer weight of support they enjoy there, Kumasi — and its infinitely greater comforts — will be missed. In a league where playing on one’s own turf counts for so much, Kotoko can’t just wish away the costs of such a relocation — all of which just makes Konadu’s work harder, along with the small matter of handling the delicate Felix Annan-Kwame Baah goalkeeping situation.

Konadu has already lost as many league games this term as in the entirety of his only other season as Kotoko head coach, that blissful 2011/12 campaign which made supporters of the club pine so much and so long for a second coming. Now that he is back at the helm, though, it doesn’t look too good, and Konadu has quite a few storms to ride out in redeeming himself and his team.

Let’s see how good a rider he is.

EPISODE 13: When the Sun Pointed South