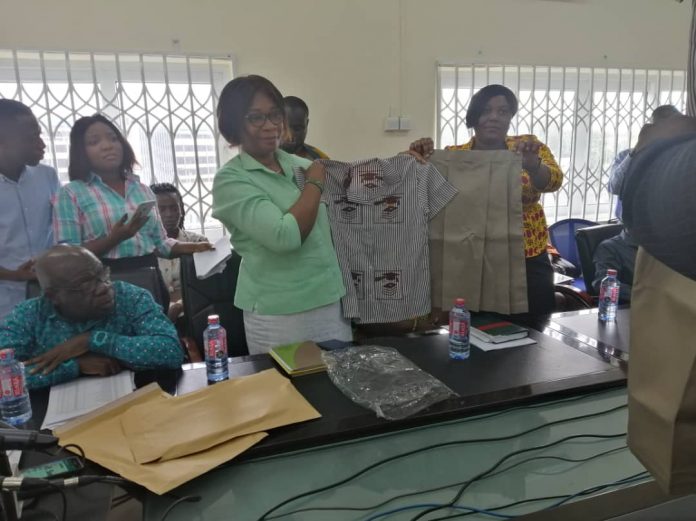 The Upper East Regional Youth Organizer of the opposition National Democratic Congress (NDC), Abraham Azumah Lambon, has expressed his dissatisfaction over the decision of the Ghana Education Service (GES) to introduce a new uniform for basic schools, with a stern call on authorities to rethink the entire policy.

The GES last week made the announcement of reforms to the current educational system including the replacement of the existing primary school curriculum and the introduction of a new school uniform to replace the old “Tea and Bread” uniform used by basic school pupils.

The new uniform will come into effect in September 2019 and it is said to be a psychological strategy to make the pupils see themselves as part of the Senior High School educational system.

The Service also stated that the introduction of the new uniform was to make the country’s educational system fall in line with international best practice, which requires a review every five years.

But the NDC Regional Youth Commando has raised some concerns of procurement infractions and the lack of prioritization– strongly disagreeing with government and the Service on the policy.

In a statement signed and issued in Bolgatanga on Tuesday, Mr. Lambon questions why the Education Minister will introduce a new uniform and award a contract to the sum of Ghc 350 million at a time when government is struggling to address difficulties in the educational sector including the lack of furniture and printed examination papers.

“We are determined to ensure that policies militating against the interest of our students at all levels are fought. Why will the Education Minister introduce new school uniform and award the contract to the sum of GHC 350 million to his brother at the time that end of term exams are written on chalkboard, and students are lying on the floor and learning.

“It’s high time this government got its priorities right. Yes we know they’re very competent in copying/ plagiarizing (inaugural speech) so wherever they are copying this policy from, they should rethink about it for the interest of beloved students,” the statement said.

Mr. Lambon also accused the government of collapsing the country’s health system with the diversion of funds meant for the National Health Insurance Scheme (NHIS) for the settlement of nurses’ allowances. In the statement, he said the diversion has resulted in patients spending more to receive healthcare.

“Nurses are no longer been bonded by government and hence no guaranteed employment after completing their program and even their current allowances are been paid from diverted national health insurance funds leading to the collapse of the health system. Patients become disgruntled after presenting their NHIS cards for treatment because they have to pay for almost all drugs and lab test run on them,” he said in the statement.