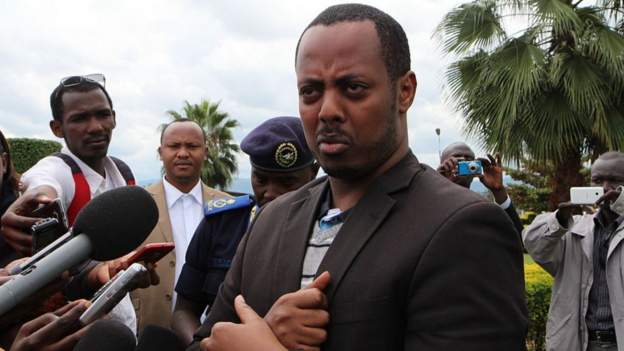 He has been named this year’s winner of the Havel International Prize, that celebrates 2activists who exhibit artistic innovation in standing up against dictatorships”, the Human Rights Foundation (HRF) said.

Mihigo is the first posthumous awardee since the inception of the prize in 2012.

Omar Abdulaziz – an exiled Saudi political satirist based in Canada, and Badiucao – an exiled Chinese dissident artist based in Australia, are the other laureates of 2020, the foundation said in a statement.

“It was a big surprise and happiness for us as KMP to learn this news”, said Delphine Uwituze, the leader of Kizito Mihigo Foundation (KMP).

“We are happy that the world is now recognising Kizito’s efforts to peace and reconciliation in Rwanda,” Mrs Uwituze told the BBC.

HRF said Kizito – a Rwandan genocide survivor – had “showed tremendous courage in a 2014 song” in which he presented his compassion to “those who were killed by Rwanda Patriotic Forces (RPF) forces after the 1994 genocide”.

“[He] released the song with full knowledge that it would lead to terrible consequences,” the foundation said.