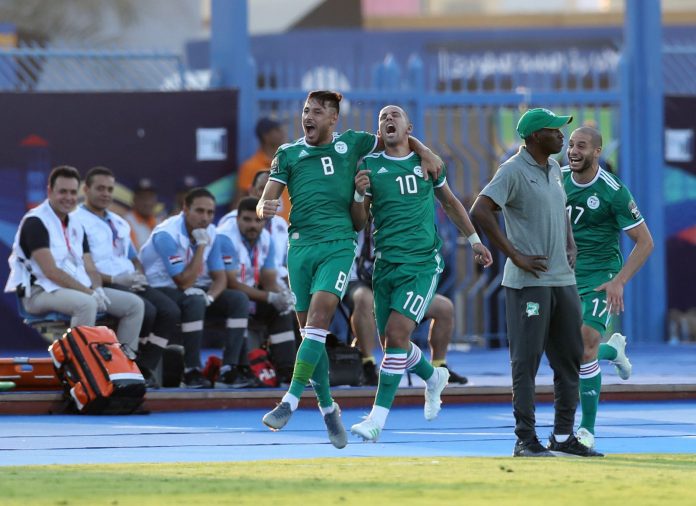 Algeria and Tunisia secured their passage to the semi finals of the 2019 AFCON with wins over Ivory Coast and Madagascar respectively on Thursday.

Algeria defeated Ivory Coast by four goals to three on penalties in a pulsating quarter finals game at the Suez Stadium.

The initial 120 minutes ended 1-1 with Sofiane Feghouli netting the opener for the Desert Foxes in the 20th minute. The North Africans had the opportunity to make it 2-0 in the 48th minute but Bounedjah crushed his penalty off the bar before Jonathan Kodjia restored parity in the 62nd minute for the Elephants.

Wilfried Bony and Serey Die missed their penalties as Algeria won by 4-3.

In the last quarter finals game, Tunisia battered Madagascar by three goals to nothing to end their fairy tale story.

Sassi gave the Carthage Eagles the lead in the 52nd minute before Msakni doubled it eight minutes later. Sitl made it 3-0 in the 90th minute.

Senegal will face Tunisia in the semi finals whilst Algeria also battle Nigeria.

THE DEBATE: Is Akonnor Ready For Ghana Job?