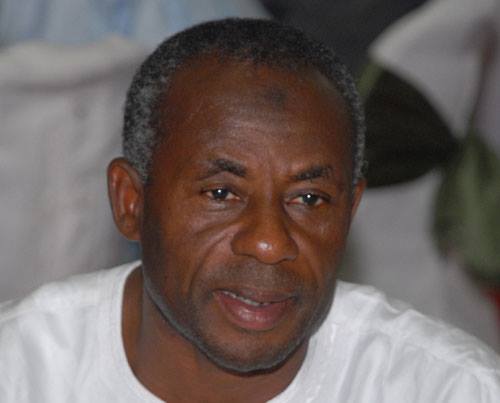 This is over his role in the controversial Saglemi Housing Project whose cost has been long been described by the present government as inflated.

The suit, widely published online named Kwaku Agyemang Mensah, another appointee under the Mahama regime who had served as Minister for the same sector. He is charged along side Mr. Dauda and three others.

The others are Ziblim Yakubu, a former Chief Director at the Ministry, Andrew Clocanas, the Executive Chairman of Construtora OAS Ghana Limited, and one Novi Tetteh Angelo.

Government had earlier claimed an audit report submitted by the Ghana Institution of Surveyors on the Saglemi Housing project it had revealed that over $114 million has been embezzled by the NDC administration.

According to then Minister Samuel Atta-Akyea, the Criminal Investigations Department (CID) of the police had interrogated his predecessor and other Ministers in the Mahama era for allegedly ‘inflating’ 1,500 units of Saglemi Affordable Housing Projects.

This, he said, was a clear indication that the NDC cannot be entrusted with Ghana’s housing sector should they be voted back into power.

“The Ghana Institute of Surveyors have come out with a report showing that what is on the ground, measured against the money received will bring out a very very huge figure of about $114 million”.

Reading from a report signed by the President of the Ghana Institute of Surveyors, Dr. John Amaglo, he said: “It is stated in black and white that the amount paid to the contractor is $179,904,752.5.It is stated clearly that the total works on the ground is $64 million, the difference is what gives you the $114 million I’m talking about.

”The 2,172 acres on which the Saglemi housing project is situated was procured in 2002 during the era of President John Agyekum Kufuor.

On August 15, 2012, the late President John Evans Atta Mills gave executive approval to the Ministry of Water Resources, Works and Housing to implement the project.

The project involved the construction of 5,000 housing units for sale to members of the public through mortgage provided by Ghana Home Loans.The project was implemented by Constrastora OAS Ghana Limited through a buyer’s credit of up to $200 million.

Charges leveled against the five include intentionally misapplying Public property.