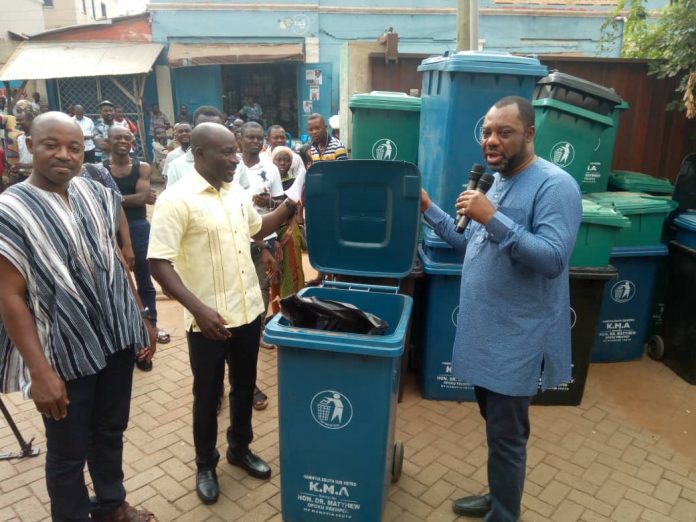 Dubbed: “Keep the City Clean and Green”, the campaign, which is in collaboration with various stakeholders including government is designed to create awareness of land pollution, water pollution and the importance of cleaning the environment.

Speaking to newsmen at a clean up exercise organised at the Manhyia South Constituency, Mr Antwi urged Members of Parliament to emulate same and also intensify education about environmental discipline.

He added that such initiatives will make Ghana achieve the Sustainable Development Goal; which stresses the need to quality water and improved sanitation.

“As for KMA, we launched the operation Keep the City Clean and Green Project and this has received a massive support… when you see the youth embracing a policy, it means the message has gone down well and I commend the Member of Parliament for endorsing our sanitation fight”, the Kumasi Mayor stated.

The cleanup exercise, held on Saturday, April 6, also coincided with the 20th Anniversary of the Asantehene, on the Golden Stool.

Hundreds of residents poured out to the streets of Manhyia as they desilted chocked gutters around Apagyafie, Manhyia Roundabout and the Manhyia Palace, located in the constituency, which is also the seat of the occupant of the Golden Stool, Otumfuo Osei Tutu II.

Some constituency and regional executives of the ruling New Patriotic Party took part in the exercise.

Why Ghana is struggling to get its language policy right in...