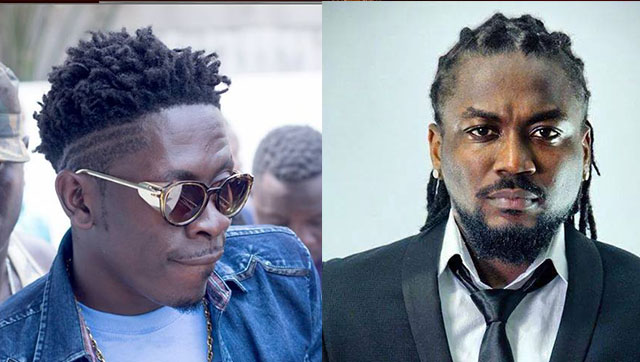 Popular Dancehall Artist Samini has expressed his displeasure at a scheduled clash between Shatta Wale and Stonebwoy on Asaase FM’s Soundclash show.

According to him, the pairing should have been between him and Shatta Wale since they have an unsettled issue.

“So in that case who am I also going to clash because I am still in here,” he said.

“You people are trying to tell me that you would watch Shatta Wale go and clash my son Stonebwoy who Shatta Wale started to diss and beef because he was my artiste,” he said.

Known for his exceptional live band performances, Samini seemed disappointed by the fact that it was Shatta who called him first to inform him about the clash and not Stonebwoy.

He said, “Pitching Shatta against Stonebwoy is a mismatch. We like placing square pegs in round holes. I expect my son Stonebwoy to tell Shatta that until he finishes what he started with me, he can’t come down to his level to clash him because it is not his fight.”