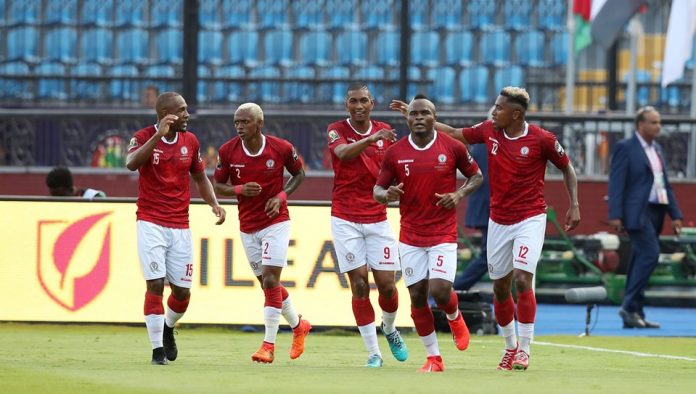 When Madagascar wrapped up passage to the 2019 Africa Cup of Nations in October last year, some observers whispered conspiracy theories.

To these, it wasn’t so coincidental that the little island nation — known more for its rare species of animals and a DreamWorks classic than for prowess at football — had qualified for the first continental finals staged after Ahmad Ahmad, its former FA boss, was elected to head the Confederation of African Football (CAF).

Those who believed Madagascar got there on merit didn’t exactly think they would set the tournament alight — given they had finished some six points behind Group A winners Senegal, the biggest margin between two qualified teams from the same lot – in more ways aside, well, featuring players whose names rivalled their country’s in length.

The names have proven a mouthful alright (for those bold enough to attempt them, that is), but Madagascar’s play has been a handful for opponents, creating quite a stir in Egypt. The islanders had middleweights Guinea clinging gratefully to a draw, before making light work of fellow debutants Burundi, stunning three-time champions Nigeria, and leaving the watching world in awe. For the Barea, no barrier seems too strong.

It’s easy to see that Madagascar aren’t burdened with the weight of expectation the likes of Ghana, Egypt and Morocco carry, but it isn’t so easy to discern that their build-up to the showpiece was blighted by the sort of financial constraints those powerhouses didn’t have to worry about. Watching them score, win and celebrate, one cannot help but smile at how delightfully they do it. Even on the face of embattled countryman Ahmad — who looks to this Afcon as a saving grace in his rough ride thus far as CAF president — a grin breaks.

The highlight, of course, was Sunday’s 2-0 defeat of Nigeria that sealed top spot for Madagascar in Group B. Both goals had a touch of fortune about them – the products of Leon Balogun’s gift and a deflection off Wilfred Ndidi — but nobody could begrudge Nicolas Dupuis’ team a deserved, deafening victory. Not Nigeria trainer Gernot Rohr, anyway.

“There’s no shame in losing to them,” Rohr said. “They are strong, they have a great coach and can still go a long way in the tournament.”

But even Rohr, beneath his warm exterior, would have been smarting. He did rotate up to half of the line-up that started Nigeria’s second group win against Guinea, but, even on paper, the Super Eagles’ XI bested the motley crew of Malagasy footballers scraped from not-so-great leagues around the world. On grass, though, the script was flipped ripped.

There have been few upsets as heavy in the history of the Afcon and there might not be many like this afterwards — despite the fact that Nigeria’s qualification was secure long before the game started — but there is a feeling that Madagascar aren’t quite done, as Rohr predicts.

They won’t win the title, no, but getting past the Round of 16 wouldn’t be so unimaginable, especially with the prospect of facing one of the four best third-placed teams. From that stage onward, the odds would be stacked even higher, but Madagascar wouldn’t mind: wherever this run ends, they’ve already made a mark and won’t be forgotten anytime soon.

Deep down in your heart, though, don’t you just wish this lovable bunch would go on and on?