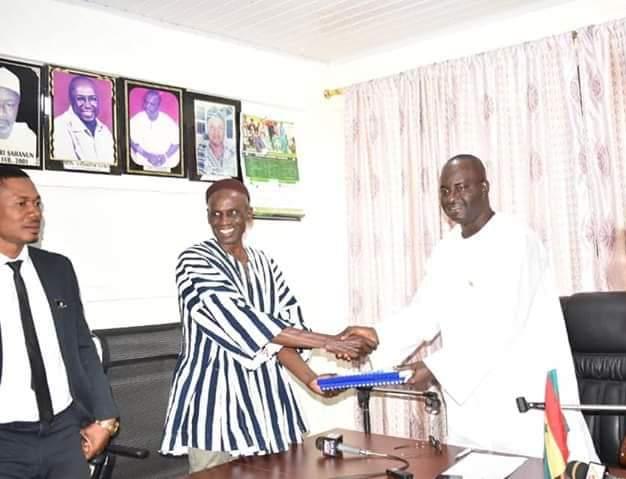 A five-member committee on Friday, December 13, submitted its report to the office of the Upper West Regional Minister regarding the death of a two-year-old boy who died due to alleged medical negligence.

The committee members included Issaka Alhassan, a retired deputy director of nursing at the Upper West Regional Hospital, Detective Corporal Richman Ayittey of the Ghana Police Service and Frank Nimako, a representative from the Attorney General’s Department in the Upper West Region.

The rest are Alfred Anzagrah a staff from the Ghana Health Service and Yakubu A Gafaru a journalist — who later recused himself and was replaced by one Morris Banaanwini.

The 120 page document detailed how the two-year-old boy named as Ibrahim Salid lost his life after he suffered snake bites.

He said his outfit will study the report for further action.

“We are going to study the report and as much as possible come out with a White Paper on the report. They have made certain recommendations and we shall look at them. Those that are within our means we shall try as much as possible to implement and those that will be beyond us, we shall table them before the appropriate individual or organization for implementation. I believe strongly that from this report and subsequently implementing the recommendations will lead to a change in health delivery in the Upper West Region”, the Regional Minister said.

“We will liaise with the appropriate authorities to ensure a change in the health delivery in the region”, Dr Bin Salih said while urging health officials to be professional in the discharge of their duties.

The committee was probing into the circumstances that led to the death of a two-year-old boy who suffered a snake bite and could not access treatment at the old Upper West Regional Hospital.

The victim, Ibrahim Salid is reported to have been referred from Boli, a community in the Wa municipality to the regional facility.

Upon reaching the hospital, parents of the deceased were asked to go for a folder before treatment could start.

It, however, took more than four hours of waiting before they were allegedly told that those in charge of issuing folders did not report to work.

That seemed to have angered the frustrated parents who decided to resort to traditional treatment at the village.

The boy, however, died on their arrival to the community.

The incident angered a cross-section of members in the Wa municipality especially an uncle of the two-year-old boy, Salia Abudi, who is calling for heads to roll at the regional hospital.

Speaking at the meet the press series at Nandom two weeks ago, Dr. Hafiz Bin Salih expressed his anger and revulsion about the incident, saying:

“Through the negligence of health officials at the old regional hospital, a two-year-old child lost his life. I am going to constitute a committee to investigate this matter”.

He said very serious punitive actions will be taken against anyone who is found culpable after the investigations.

“If it is indeed true that it was out of negligence that this boy lost his life, punitive actions will be taken.”

A journalist who was part of the committee recused himself and was immediately replaced.

Behaviour Unbecoming: Certainly not in our name