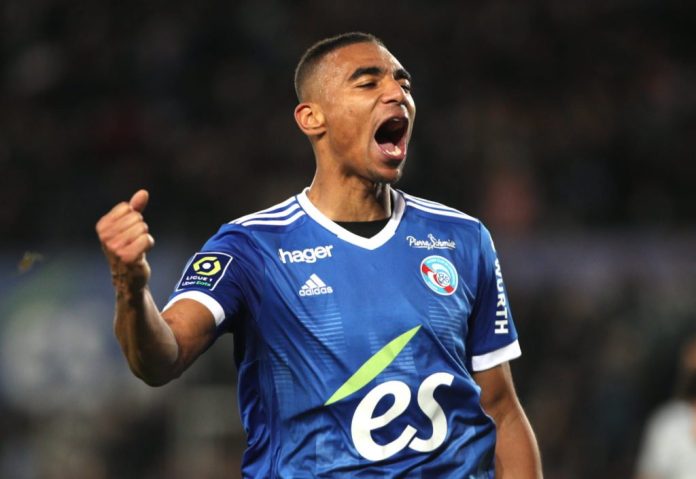 According to sources in Spain, Sevilla are in the market for solid and high quality defender to replace their outgoing center-back Diego Carlos this summer.

Our sources in Spain has confirmed that the club has contacted the player and has agreed personal terms with the player pending agreement between the two teams to sanction the move.

The Europa League most successful club, Sevilla are believed to have identified and settled on the Black Stars defender as the perfect center-back in Europe with the right credentials to replace Carlos who’s close to joining England Premiership side Aston Villa after agreeing personal terms.

English Premier League teams were after the defender who’s been playing so well in the French Ligue 1 for his club Strasbourg.

Villarreal also showed interest in the player but Sevilla has emerged as the prime candidate to sign up the Ghana International whose contract with Strasbourg expires summer 2023.

The 27-year-old Ghanaian international played 31 matches in the 2021-22 French Ligue 1 for Strasbourg and scored a goal in their win over AS Monaco.

His goal was subsequently awarded as the Goal-Of-The-Month in the month of March – with his impressive and incredible overhead kick.

He was part of the Ghana team that failed at the 2021 Africa Cup of Nations tournament in Cameroon and played a pivotal role in Ghana’s qualification over the Super Eagles of Nigeria to book a place in the next FIFA World Cup tournament in Qatar this November.