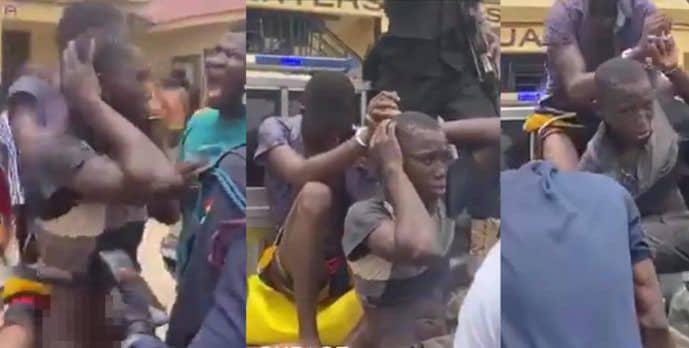 The Police CID has clarified that two people were picked up in the Eastern Region following the murder of a 10-year-old boy at Kasoa in the Central Region.

The two have been named as Charity Mensah, a traditional priestess and a nursing mother Desmond Nii Adjei, the CID confirmed to local media.

They were arrested by the police at Amanase, near Suhum in the Eastern Region.

Charity is being investigated for abetment to committing crime, to wit murder while her counterpart was yet to be charged, Accra-based Citi FM reported.

Spokesperson for the CID, DSP Juliana Obeng told Citi FM that due process would followed for the suspects to face justice.

This brings the number of arrests to four after two teenagers, Felix Nyarko and Nicholas Kini were earlier arrested by the Kasoa Divisional Police Command for allegedly killing the victim.

They are facing the Ofaakor Circuit Court on counts of conspiracy to committing murder and murder.

The suspects have since been remanded and will appear before the court on April 20.

The death of Ismael Mensah shocked inhabitants of Kasoa who have since launched a campaign to demand justice for the deceased.