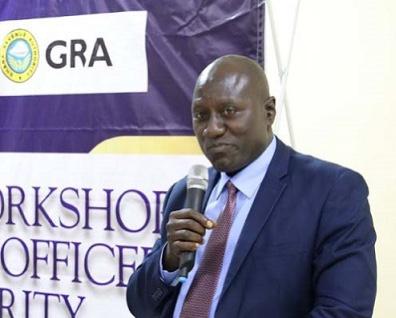 The NPP Media says in keeping with some of his appointees who did well during his first term, Col. Damoah has demonstrated his faithfulness and dedication in service.

According to them, he is one of the few Chief Executives who accompanied the President on almost all his campaign trails and even mounted platforms to openly champion the cause of the NPP in the 2020 general elections.

“His constant meetings with some key party groups galvanised these groups to work and campaign hard for the party to retain power,” Inusah Alhassah, Convenor of the group said.

According to him, “in President Akufo-Addo’s first term, Col Damoah transformed the Customs Services and must not be overlooked for that position in the President’s second term.”

“As Commissioner for Customs, he created two key deputy commissioner portfolios (Petroleum and Mining). This has led to increase in the number of portfolios for customs and more positions to be filled.

“It has also generated lots of excitement at the Government agency. He is a team player and is the only commissioner to have toured almost every customs operations area (barriers, checkpoints, ports, or stations) and listened to the concerns of customs officers,” he added

The NPP Media further said, “Col. Kwadwo Damoah brought peace and assurances to customs after a turbulent start of the year 2017-2019 when officers were interdicted on daily basis.

“He was able to use his managerial skills to win the hearts and support of the officers. Again, his interpersonal relationship with customs officials and NPP grassroots supporters is second to none.“

The NPP Media group thus appealed to the President to maintain Col. Damoah to enable him continue with his transformational agenda at the Customs Services and also keep in touch with party faithfuls.