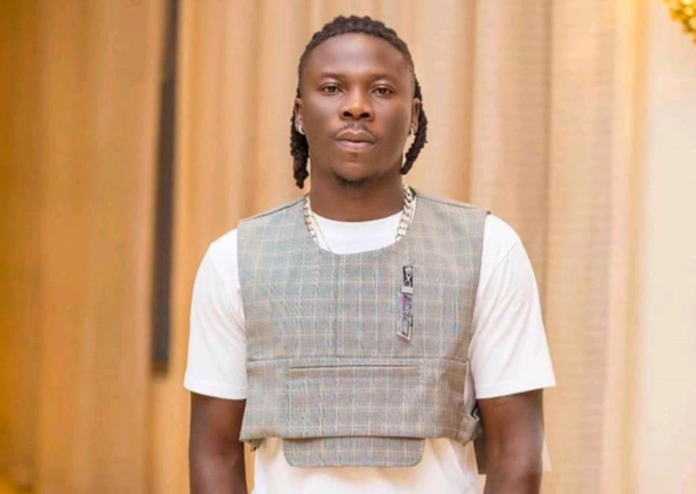 The Coalition of Aggrieved Customers of Menzgold (CACM) is calling for the arrest and subsequent prosecution of musician Stonewbwoy after he promoted the so-called crypto investment dubbed SidiCoinNFT.

According to the Aggrieved Customers, SidiCoinNFT is an unlicensed financial scheme which has been revealed as a scam.

In a press treatment, CACM explained that this unlicensed scheme has been structured in almost the same manner as Menzgold was.

“Their legal terms, purity of gold of the coin being offered, fixed percentages of dividend one is assured, and language of their terms and conditions cleverly tells you that this business is a Nam1 made scam,” the group stated.

CACM wrote that “we are, therefore, calling on the relevant security agencies and state authorities to investigate. arrest, and prosecute all those behind this sidicoinNFT and its brand ambassador Stonebwoy without delay.”

The group also wants the musician to be stripped of any national or corporate award given to him over the years following his posts.

This comes barely a week after Stonebwoy tweeted and introduced his fans to this new business, telling them times are changing; hence joining SidiCoinNFT will help every hardworking individual to make money.

But moments after his tweet, he and media personality Bridget Otoo engaged in a heated verbal exchange.

She insisted that it would be insensitive for the dancehall musician to make a move against the backdrop of his ambassadorial role in the Menzgold saga.

Stonebwoy did not seem enthused and responded that “I think it’s very BIASED and PREJUDICED to pin the loss of lives and properties on ambassadors WHO in NO WAY RAN the said company.”

“I know people who have lost monies and others who gained, and I have personally lost very close relatives too.”

Meanwhile, the aggrieved customers in the statement noted that they have not forgotten Stonebowy’s role in promoting Menzgold to his millions of followers.

They added that “he and others lured their followers into investing in Menzgold, which has resulted in the deaths of not less than 179 victims with many others down with various degrees of ailments”.

CACM noted that because of Stonebwoy’s huge following across social media platforms, Twitter, Facebook and Instagram, his actions and the influence he has on people should not be taken lightly.

“In other jurisdictions and given the events with what has happened to Menzgold victims, Stonebwoy, if properly pricked by his conscience, and if they have any regrets, would have been pricked to organise concerts or shows and or set up funds to assist victims of MenzGold since he and his colleague ambassadorial roles and influence in Menzgold have resulted in a national disaster,” they said.

The group also urged its members and other aggrieved customers to stay away from the financial scheme.

Wake up to the digital world – Diana Hamilton to gospel...